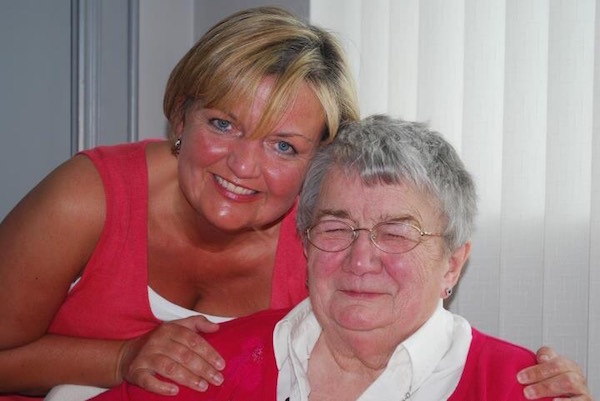 Doyen of medecine remembered on her second anniversary

The epigram, ‘the more things change, the more they stay the same’ comes to mind as her family, friends and many former patients come together next Thursday, March 15 in St Eunan’s Cathedral at 7.30p.m to remember the late Dr.Maureen-Bonar Scally.

A co-founder of our Scally Medical Practice, Dr.Bonar-Scally passed away on March 15, 2016 at The Mater Private Hospital, Dublin.

She is laid to rest at Conwal Cemetery.

For her family, Dr.Dara Scally, Mary, Sally, Rosie, and sons David, Tommy and Paul, it is a time of deep reflection and appreciation but most of all pride as they remember, with great fondness, their beloved mother.

She is also survived by two brothers, Dr.Tony Bonar and Dr.Bosco Bonar who both live in Horn Head, Dunfanaghy as a wide circle of family and friends across west Donegal and further afield.

Her second anniversary mass will again rekindle deep affection for a revered, caring and professional doctor who left a lasting legacy.

“We miss her sorely from our lives and have treasured memories of mum and ‘Nana’,” Dr.Dara said.

The passing of Dr.Bonar-Scally was felt across the country. Anyone who had the privilege to make her acquaintance- whether in her role as a family G.P or as a confidante and friend – has their own personal, heart-warming story to tell.

Her innate kindness, compassion and empathy for her patients was matched only by her courteous, kind and professional demeanour.

The esteem and respect in which the family are held was reflected by the huge outpouring of sympathy from across the country and the large crowds that attended the wake and funeral.

“She was like a ‘mother to the whole of Letterkenny’ in so many different ways,” a close family friend said.

“She was such a lovely family G.P, but foremost a real friend to many people, particularly those in need, in this town for years. Letterkenny will never forget the Scally family for the help they have given to so many in our community,” he added.

A native of Gortahork, Dr. Bonar-Scally along with her late husband Dr Paddy Scally, co-founded the Scally practice in the early 50’s Dr.Bonar-Scally was one of the first female doctors in Donegal (Dr Louise Kelly in Fahan was another) and were pioneers of their time..

The Scally McDaid Medical Practice, as it is known today, was founded by Dr Paddy Scally, a native of Ballycastle when he came to the town in 1954.

Dr. Paddy Scally, started the practice in 1953-54 at Grattans House (opposite where Ruths Chemist now stands) on High Road and remained their until he moved to 1 Mount Southwell in 1957, which was the family home for almost six decades.

He married Dr Maureen Bonar from Gortahork and they forged one of the country’s busiest practice.

To deal with the increasing workload, Dr Bonar-Scally decided in 1979 to take on an extra doctor and Dr.James McDaid joined at this time.

They were very compatible and Dr.McDaid became a full partner in 1981.
The workload continued to increase and the practice continued to develop. The practice opened at Castle Street in 1974 before moving to an 11,000 state-of -the-art surgery at Justice Walsh Road in November, 2009.

In 2008 it was agreed that a new premises was required to deal with the increasing numbers of patients and a mortgage was then obtained and the first Primary Care Centre of a Private Public Partnership (P.P.P) in Ireland was opened in November 2009.

It continues as a thriving practice with both medical card patients and private patients too. It was aptly named ‘Scally Place’ in recognition of the huge contribution the Scally family has made to medicine and the treatment of patients for over 60-years.

The practice continues to develop.. Just recently In order to improve patient safety and in line with best practice the Scally-McDaid Medical Practice made some changes to the morning surgery schedule.

To enhance patient care and prevent unnecessary waiting time the practice moved towards an appointment based system.

All patients requesting a consultation with a doctor will be offered an appointment time. These appointments can be booked by ringing the surgery on 0749164111 or by calling in to see the friendly reception staff.

There is a doctor available for appointments needed ‘on the day’ at short notice. It may be one of the busiest in the country but the practice will always bear the hallmarks of its founder.

Rest in peace Dr.Bonar Scally and her husband, Dr Paddy Scally. The surgery is in good hands.

As the saying goes “The more things change, the more they stay the same”.