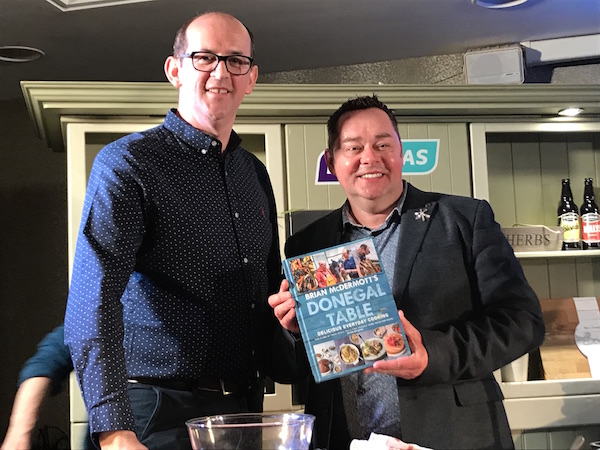 The launch of the new cookery book from Chef Brian McDermott has been hailed as “unprecedented” in Ireland.

More than 500 people packed into the Redcastle Hotel and Spa on Wednesday night for the national launch of the Moville chef’s new cookery book, Brian McDermott’s Donegal Table.

The hashtag #DonegalTable was the number one trend on Twitter in Ireland for most of the night.

Food writers John and Sally McKenna, of the McKenna’s Guides, said the launch was “utterly unprecedented”.

“An entire community coming together to celebrate Chef Brian McDermott’s beautiful book of recipes and stories,” they said.

Publisher Ivan O’Brien, of O’Brien Press, said it was the largest book launch he had ever attended. 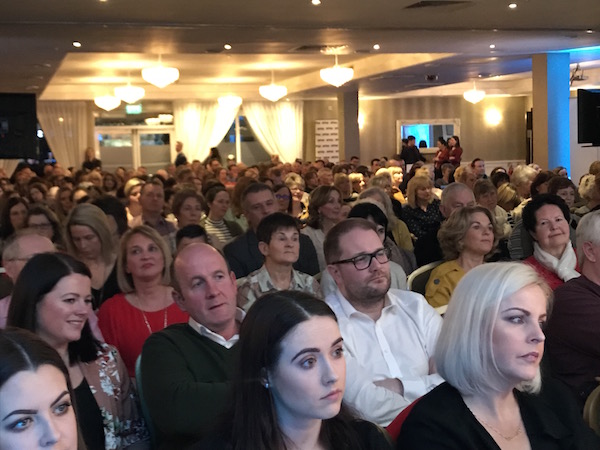 Some of the huge crowd at last night’s book launch.

“It was fantastic to see such a great turnout last night,” he said.

“It’s a real testament to both Brian himself and as a chef, and we look forward to having a long relationship with him.”

Chef Neven Maguire – who was among many celebrity guests on the night – tweeted his congratulations to Brian.

“The biggest book launch ever! Congratulations, so happy for you!”

Also attending was the captain of the Donegal Senior Football team, Michael Murphy, and actor and chef Simon Delaney. The host on the night was TV3’s Noel Cunningham.

Brian said he felt “humbled and honoured” by the numbers attending the launch.

“I was just overwhelmed by the warmth and generosity shown to me by everyone on the night, but then that’s Donegal people for you. 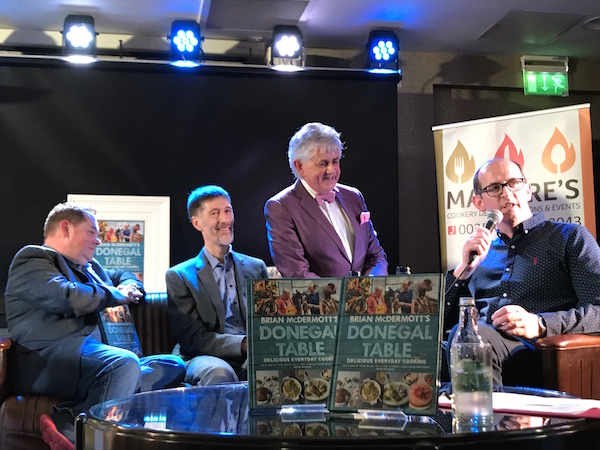 “From starting out as a kitchen porter at the age of 15 in Harry’s in Bridgend, to launching this book, they’ve been there for me every step of the way.

“The book is for them – it’s a real celebration of local produce, local recipes, and local people.

“I really couldn’t have done it without you.”

*The above link is an affiliate link