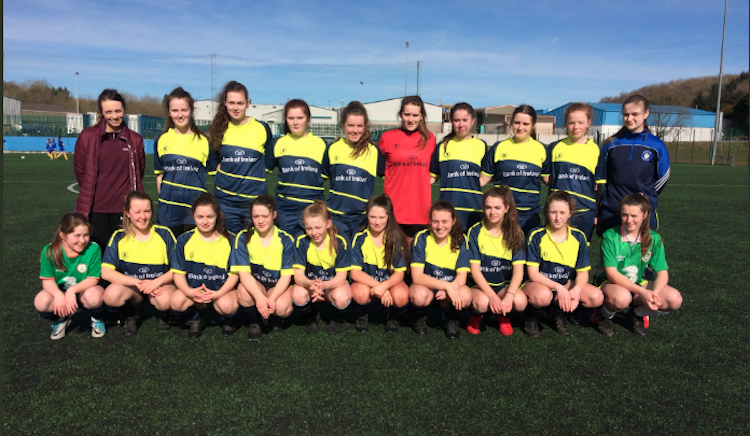 Kerry Brown struck the only goal of the game as Moville Community College reached the final of the FAI Schools Junior Girls National Cup.

Brown converted after taking receipt of an excellent through ball by Megan Havlin.

That game following a goalless first half that wasn’t without its chances.

Athlone goalkeeper Megan Coolohan saved superbly from Brown with a Havlin rebound rocketing off the crossbar.

Coolohan had to be on guard to keep out Aoibh Faulkner’s shot soon after.

It wasn’t all one-way traffic, however, as Moville netminder Clodagh Skelly did well to thwart Rosie Lennon’s header.

After Brown struck gold, Moville did have chances to wrap up the win, but Coolohan denied Brown late in the game.