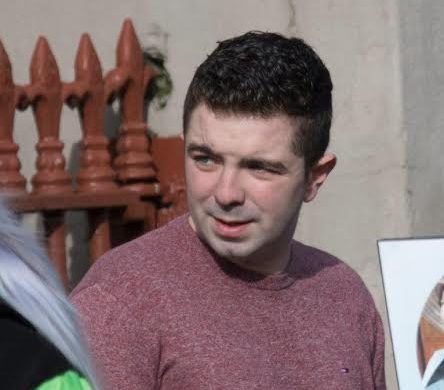 Buncrana man was ‘hopelessly drunk’ as he clenched fist to Gardaí

A Buncrana man was said to have been ‘hopelessly drunk’ when he clenched a fist to Gardaí and said he wasn’t leaving the scene of a public order incident.

Andrew Graham (23) of Drumfries, Buncrana, was charged with disorderly conduct in a public place on April 16, 2017 at St Mary’s Road, Buncrana.

At 2.15am on the date in question, Garda McHugh became aware of a person being ejected from a premises by security staff. Graham ‘aggressively approached’ a group of males, who were not from the area.

Inspector David Murphy said Graham was directed to leave a number of times and warned of the penalties.

“He clenched his fist and told Gardai that he wasn’t leaving,” Inspector Murphy said.

A fixed charge penalty notice was issued, but not paid by the defendant, a construction worker.

“He has no insight into what he did,” defending solicitor, Mr Frank Dorrian, said. “He doesn’t blame anyone else.

“He is an otherwise excellent character and he was hopelessly drunk.”

Graham was ordered to pay €300 to the local St Vincent de Paul branch.