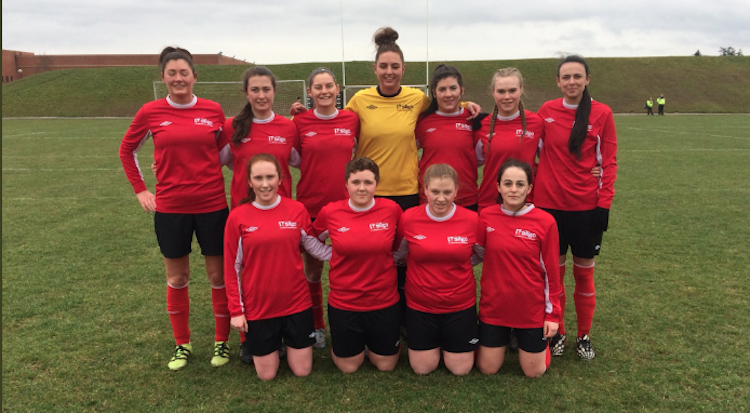 On a day when LYIT captured the O’Regan Shield, there was joy for another Donegal footballer at the WSCAI Inter-Varsities in Galway.

IT Sligo took victory in the Rustlers Lydon Plate.

Included on the IT Sligo XI was Grainne Gallagher, who lines out for Bonagee United in the North West Women’s Super League.

Gallagher is second from left on the front row.