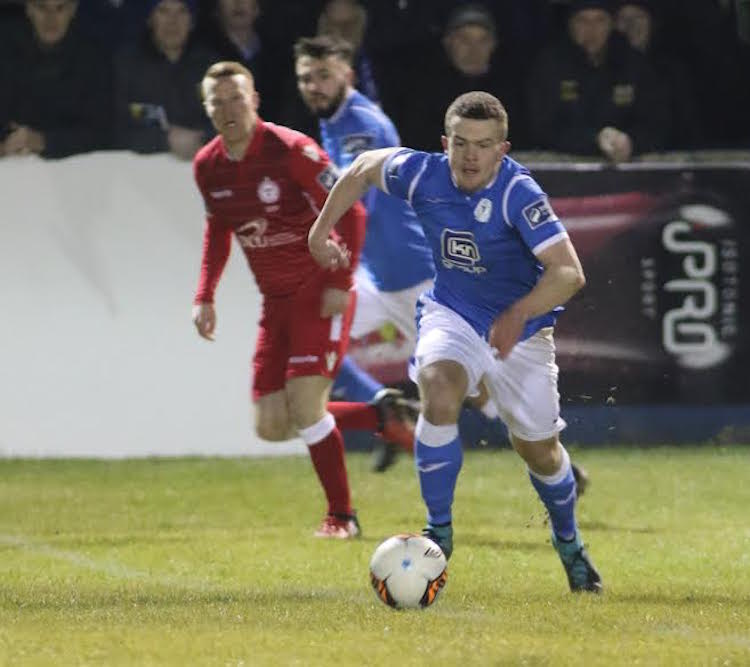 Finn Harps were left to settle for a share of the spoils after a dour second-half against Shelbourne as Ollie Horgan’s men finally got their 2018 season started.

Michael O’Connor, on loan from Shamrock Rovers, bagged a debut goal for Harps that was cancelled out by David O’Sullivan late in the half.

In a second half devoid of chances Harps couldn’t manage to rustle up a winner despite throwing BJ Banda and John O’Flynn into the mix for the final chapter.

Picture: Ciaran O’Connor in action for Finn Harps against Shelbourne.

O’Flynn headed off the crossbar deep into added time after being picked out by Paddy McCourt.

It was something of a belated beginning for Harps. Two weeks ago, poor floodlighting resulted in the late abandonment of the game against Drogheda United before Storm Emma put paid to fixtures against Longford Town and Mayo League.

When the action did finally get underway, Harps fans didn’t have to wait too long to raise the roof.

The hosts hit the front in the 16th minute. Mark Timlin drew Dean Delaney, the Shelbourne goalkeeper, into action, but he could only push the shot away and O’Connor picked up the pieces to open his Harps account.

Three minutes before the break, Shels drew level. Harps ‘keeper Ciaran Gallagher slipped as he went to clear a long ball and O’Sullivan nipped in to tuck home at the Town End.

Although either of Sam Todd and Keith Cowan appeared in position to deal with the danger, Gallagher decided to come, but paid a price. As Gallagher looked up from the turf, O’Sullivan was wheeling away and Shels were level. 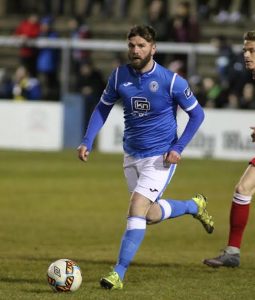 By that stage, the full compliment of Shels’ supporters – some of whom had been delayed after their bus broke down in Monaghan – were in the ground to celebrate the equaliser.

Gallagher had earlier preserved the lead with a brilliant save to deny O’Sullivan. The Shels striker connected with a Dayle Rooney cross and seemed certain to finish, but Gallagher showed top-class reflexes to superbly turn over the crossbar.

Harps had a big lay-off when, from a teasing Lorcan Fitzgerald free-kick, Aidan Collins glanced over the top from inside the six-yard box, as the first half came to its conclusion.

Collins was fortunate not to have put through his own goal just after O’Connor’s opener for Harps, who had a penalty claim waved away in the 13th minute.

Mark Coyle went to ground after being put in by Ciaran Coll, but the referee, Marc Lynch, shook the end and booked the Inishowen man for simulation.

O’Sullivan, before he did manage to net the leveller, had fired a warning shot across the Harps browns, with a near post header that flew into the side netting from a Rooney corner.

It was very much a new-look Harps team, with Coyle and Ciaran O’Connor, who both had previous spells at the club, also in from the off.

In a bid to spice up the final third, Horgan sent on veteran former Cork City striker O’Flynn on for a first outing in the Harps colours for the final 20 minutes.

Prior to O’Flynn’s introduction, Todd did well to put James English off at the vital moment after Shels broke with purpose and, down the other end, Tommy McBride connected only with the air as he attempted to strike from Friel’s centre.

Four minutes from time, substitute Lee Toland – another coming back for a second spell at Harps – headed into Delaney’s arms having connected with a floated corner by McCourt.

O’Flynn had a go, but was denied by the crossbar and the game of inches ended all square.