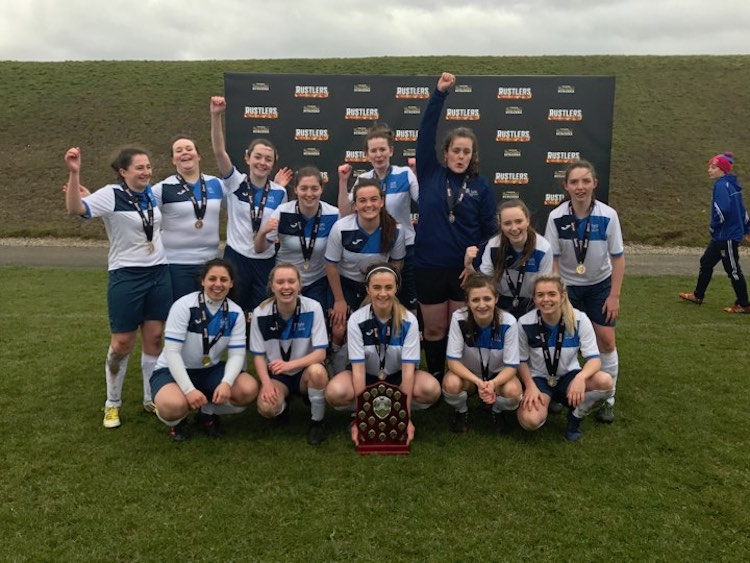 Zoe Green and Zoe McGlynn bagged the goals as Letterkenny Institute of Technology won the Rustlers O’Regan Shield final at the Inter-Varsities in Galway.

Green was on fire with a hat-trick in the 8-2 semi-final win over Blanchardstown yesterday.

The Lagan Harps left-flanker fired LYIT in front in today’s final against Garda College. LYIT led 1-0 at the interval and McGlynn, who plays for Lagan Harps, doubled the advantage in the second half from a free-kick.

While Julie Condon pulled one back for Garda College, it was glory for LYIT.

Donegal natives Paula McGrory and Shannen Martin were among the Garda College number, but they couldn’t force an equaliser late on as the Port Road scholars held on for the win.

Green was named as Player of the Match for her exploits.

LYIT and Garda College meet again at Abbotstown on Monday in the Division One final.