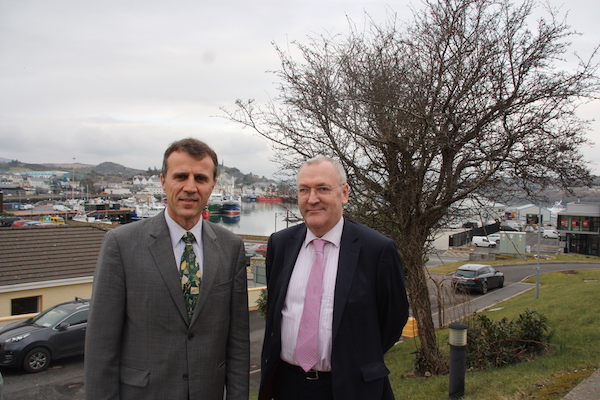 New draft guidelines published by the European Council this week, have been very positively received by the Killybegs Fishermen’s Organisation.

Its key concerns of avoidance of separation from other sectors as well as the retention of existing reciprocal access to fishing waters and resources are fully recognised in the draft text.

The draft guidelines, issued by the Council which sketch out the likely course of negotiations on the future relationship between the EU and the UK, make specific reference to fisheries in article seven which states:

“Trade in goods, with the aim of covering all sectors, which should be subject to zero tariffs and no quantitative restrictions with appropriate accompanying rules of origin. In this context, existing reciprocal access to fishing waters and resources should be maintained.”

This good news comes on top of the transitional guidelines issued by the Council on January 29th last, which clearly states that during the transition period:

“Specific consultations should also be foreseen with regard to the fixing of fishing opportunities (total allowable catches) during the transition period, in full respect of the Union acquis.”

KFO Chief Executive, Seán O’Donoghue said the Killybegs Fishermen’s Organisation has lobbied intensely, in conjunction with our European Fisheries Alliance (EUFA) colleagues, to have these key commitments included both in the transitional arrangements and in the phase two trade negotiations.

He added “I would like to acknowledge the role played by Minister Creed and his officials in achieving this welcome result. I would simultaneously like to put on record it is now imperative that the Minister and his team fight tooth and nail to ensure the commitments set out in the draft text are retained in the final document to be agreed at Council by the end of this month.

“I held lengthy discussions with the French Ambassador, Stéphane Crouzat in Killybegs this week and he has developed a deep appreciation of the situation in which the Irish fishing industry finds itself. The French industry too, would be decimated were the UK to restrict access to its waters and increase its percentage share of the TACs.”

EU chief negotiator, Michel Barnier has also last week, reiterated his message that the issue of fisheries cannot be addressed in isolation from the wider trade agreement which is what the KFO and EUFA have stated from the outset.

Both firmly believe that the unique nature of fisheries, a shared resource, must be considered within the context of wider trade relations as has now been set out in the draft guidelines.