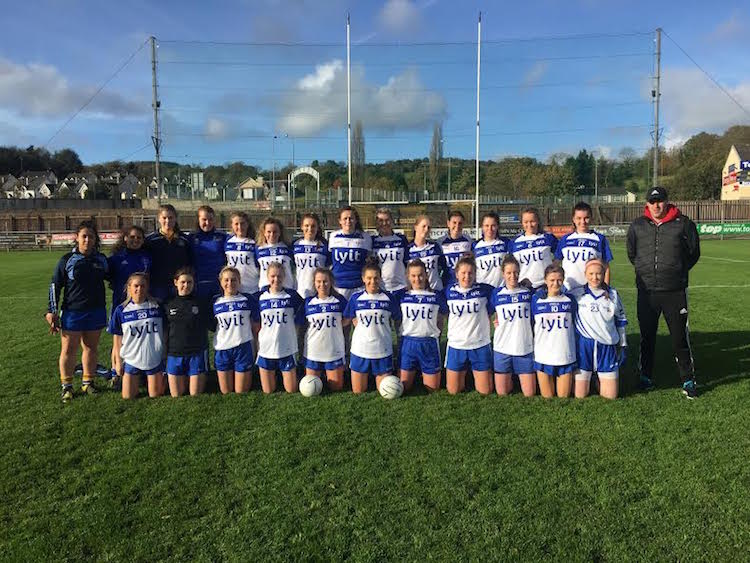 Understrength LYIT lose out to Tralee in Moynihan Cup semi-final

Letterkenny Institute of Technology lost out despite a gallant fightback in the Moynihan Cup semi-final in Blanchardstown.

IT Tralee 2-10 Letterkenny Institute of Technology 2-9

LYIT, spurred by goals from Sarah Jane McDonald and Erika Hannah, fought back from the brink a couple of times, but IT Tralee had just enough about them.

McDonald and Hannah struck goals in either half for LYIT, while Emma McMahon hit four points for the Port Road students.

Katelynn O’Sullivan and Rachel Maidment helped steer IT Tralee over the line.

LYIT were without the likes of Aoife McColgan, Nicole Gordon, Zoe McGlynn and Lauren Cregan from the squad as they featured for the college’s soccer team in the Inter-Varsities in Galway.