The Donegal Under-14 and Minor teams are both in Championship action against Tyrone.

Moville man Liam Skelly is at the helm of the Donegal Under-14s, who get the action underway at 1.30pm when they joust with the Red Hands.

Paddy McMenamin of Termon is the manager of the Donegal Minors (above) and they also face Tyrone. The minor game is pencilled in for a 3pm throw-in at Monellan.

Both the Donegal U14s and minors are in Group 2 alongside Tyrone, Cavan and Antrim. 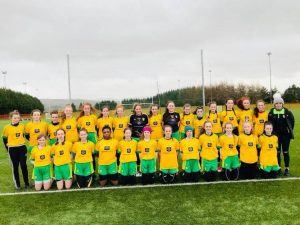 Donegal U14 and Minor Ladies for Championship double-header at Red Hughs was last modified: March 10th, 2018 by Chris McNulty