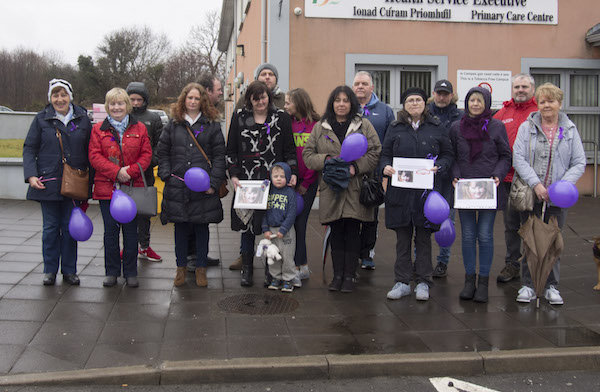 A cousin of missing Mary Boyle says an inquest into her death may join the dots in helping to find her killer.

A protest took place today at the offices of Donegal County Coroner, Dr Denis McCauley, demanding an inquest be held into the missing child.

Mary was just six years old when she went missing close to her grandparent’s farm in Cashelard near Ballyshannon in March 1977.

The group, which included Mary’s twin sister Ann, handed in a petition containing more than 10,000 names demanding an inquest into Mary’s case be heard.

Mary’s cousin, Joe Craig, a spokesman for the Justice for Mary Boyle Campaign, said time is running out to find out exactly what happened to the little girl.

He said “We need this inquest to be held to help us finally piece together the dots of what really happened to Mary on that day in 1977.

“This needs to happen so that justice can be served and that the person behind Mary’s disappearance can be brought to justice. 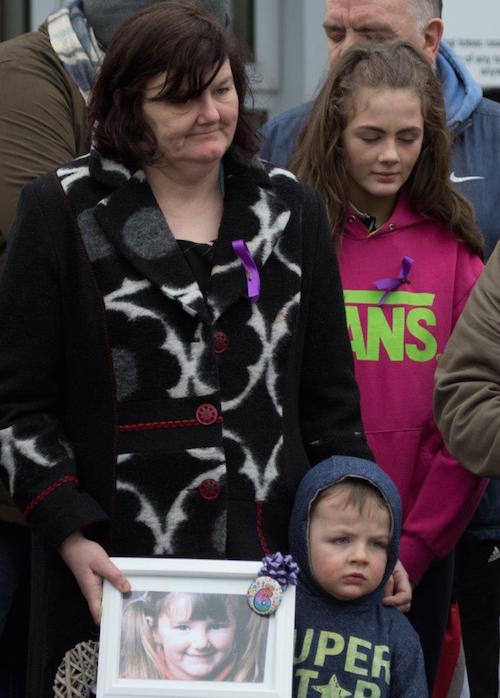 “Time is running out and we simply cannot allow this to be dragged on any longer.

“Dr McCauley can hold this inquest next week but he is refusing to do so for whatever reason.

“All we are asking for is to allow the events of that day to be pieced together at an inquest so we can move on. Is that too much to ask?,” he said.

The protest is being held to commemorate the 41st anniversary of the
disappearance of the little schoolgirl at Cashelard near Ballyshannon
on March 18th, 1977.

Mary was last seen around 3.30pm leaving her grandparents home and
following her uncle Gerry who had gone to a neighbour’s house less
than 500 yards away to return a ladder which had been borrowed.

However, half-way on the journey she told her uncle she was turning
back and was never seen again.

Despite an exhaustive investigation, no trace of the little girl has
ever been found and she remains Ireland’s longest missing person.

One such person was retired army officer, Eddie Crawford from nearby Lifford.

He said “I do not know the Boyle family but I’m simply here as a grandfather of eleven who wants to show my support for that little child.

“Somebody knows what happened to her and we need to continue asking questions so she gets justice,” he said.

Emma Kelly had driven all the way from Dublin this morning (Sat) to show her support for the campaign.

Emma lost her own brother John is tragic circumstances and is still seeking answers surrounding his death.

She said what is becoming as tragic as the disappearance of little Mary Boyle is the silence surrounding the case.

“I wanted to be here today to show my support for the Boyle family and to let them know that Mary will never be forgotten.

“It’s a tragic case but the silence surrounding Mary’s disappearance and the lack of an investigation is just as tragic.

“This family needs answers and they are simply not getting them which is a scandal,” she said.