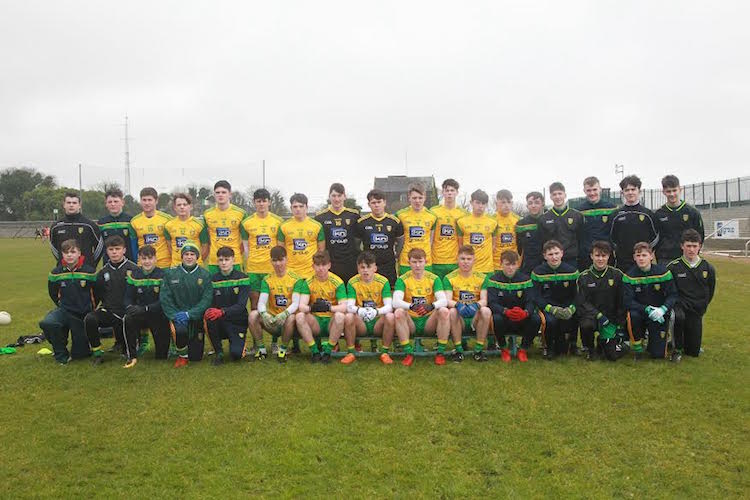 Gary Duffy says the Donegal Under-17s had a lot of catching up to do.

But after a 2-8 to 0-13 League win over Tyrone in Ballyshannon today, Duffy believes his side is making real progress.

Senan Rooney and Cathal Gillespie netted the goals for Donegal as they held on for a narrow win.

“We knew were coming into a tough battle. We had a lot of catch-up to do physically, but we’re getting there,” Duffy said.

“Credit to Tyrone, they’re a fine outfit. They won’t be far away, but it’s two valuable League points for us. It gives us a chance of setting ourselves up for a League semi-final.

“It’s all about making progress. That will be a great confidence booster.”