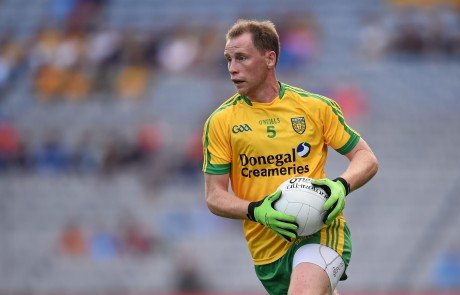 Donegal manager Declan Bonner has described as a ‘big positive’ the return of Anthony Thompson to his panel.

2012 All-Ireland winner Thompson was back in training with the county squad this week.

The 31-year-old will not add to his 92 Donegal appearances in the League, but will be in the mix for the May 13 Championship showdown with Cavan in Ballybofey.

“These games will come too quick for him, but he’ll be back for the Championship and that’s a big positive. He’s a real experienced player to come into it.”

Thompson has not played for Donegal since the All-Ireland quarter-final defeat to Dublin in August 2016. The Glenties man scored a point in that 1-15 to 1-10 loss at Croke Park.