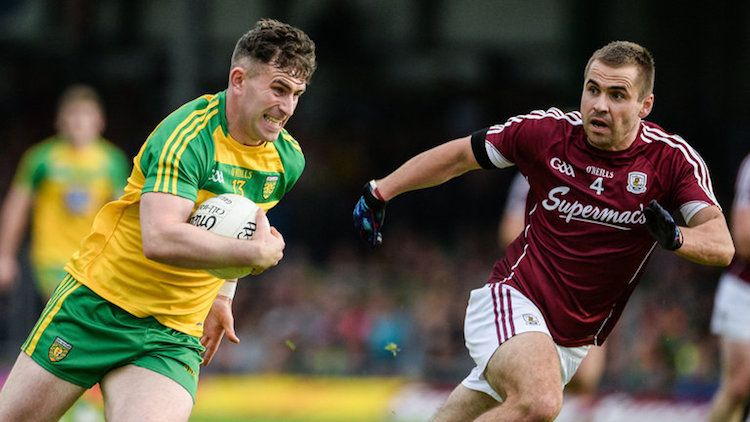 In-form Donegal star Patrick McBrearty is awaiting the results of a scan to determine the extent of damage to a knee.

McBrearty, who had been in scintillating form since the turn of the year, sat out last night’s defeat to Tyrone in Omagh.

The Kilcar man had posted 0-30 across Donegal’s opening four Allianz League games and had been named to start last night at Healy Park.

McBrearty, though, was absent and his place in the starting XV taken by Ciaran Thompson.

“He’s picked up an injury and he’s got a scan on it,” said Donegal manager Declan Bonner, who did not elaborate on the ailment.

Bonner confirmed that Paul Brennan and Martin O’Reilly will be back in training this week having also missed the 2-13 to 1-10 loss.

The Donegal boss noted that Neil McGee and Paddy McGrath are also ‘very close’ to being recalled.

Ronan Boyce called up to Ireland U21...