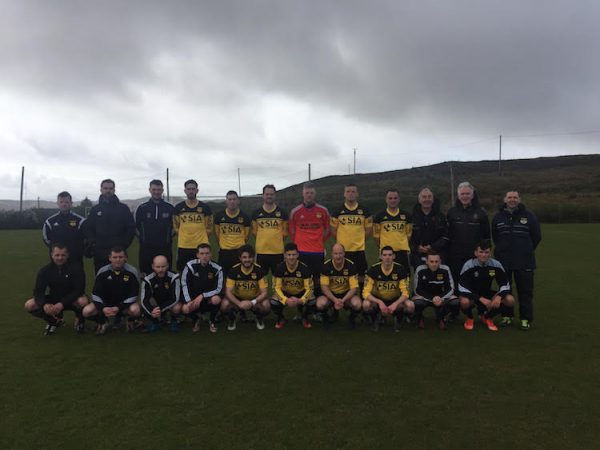 Finalists in the last two seasons, Glengad United are a step away from another Knockalla Caravans Senior Cup final appearance after a penalty shoot-out win over Buncrana Hearts today.

The home side had the first chance on 11 minutes when Stephen McLaughlin crossed for James McKinney whose high effort was brilliantly turned round the post by Seamus Houghton.

On 20 minutes the visitors replied with Brendan Halpin finding Kieran McDaid but he glanced a header wide when well placed.

On the half hour McLaughlin broke on the right and cut inside and unleashed an effort which again Houghton saved superbly. McLaughlin then ran at the visitors defence and firing in a powerful low effort which Hughton again turned round the post at full stretch.

Buncrana broke the deadlock on 65 minutes after excellent work by McDaid saw his brilliant cross fired to the net from six yards by Stephen McHugh.

Glengad had a great chance when a ball from Jason Doherty found Adam Byrne whose powerful header came off the base of the post.

The home side had the only chance of the first half when Stephen McLaughlin burst through the visitors defence  but fired narrowly over the bar. There were no chances in the second period and so it went to the penalty shootout.