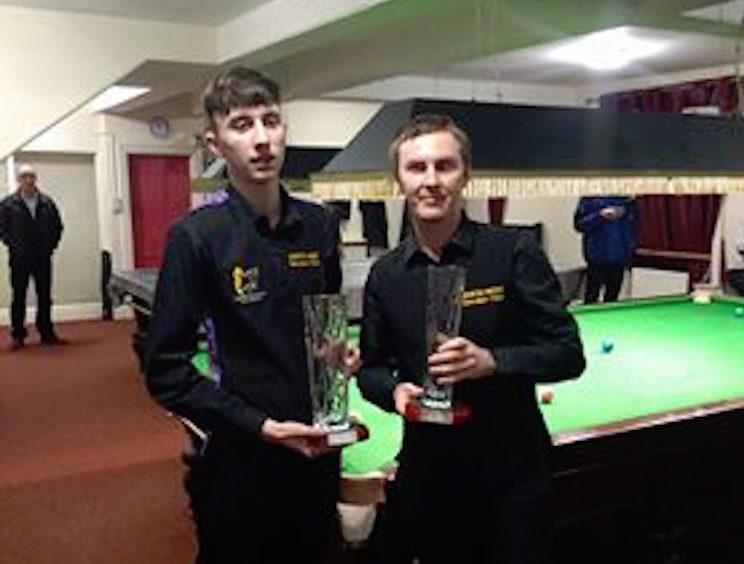 At the AOH Club in Derry, they defeated Gareth Kirwin and Phelim McClafferty from the CYMS 3-1 in the final.

With this being an all-Letterkenny derby match, Sean and John raced into a two-nil lead with Sean clearing the colours in both frames to show why he is one of the up and coming players on both sides of the border.

Gareth made a great 49 break in the third to leave them trailing 2-1.

The fourth was very cautious at first but Sean and John edged in front by 20 points and Gareth had a great chance but was unlucky to go in off and from there.

John showed why he’s the top player in Donegal at the moment made a frame winning break 30+ to leave Phelim and Gareth needing three snookers and with a couple of minutes of safety play the final few balls were potted and the Northwest Snooker Club men had secured victory.

John and Sean would like to thank NWASA committee, Mr. Emmett Casson sponsor, the A.O.H  snooker club Derry and the Ferry family, along with their own sponsor John Doherty Northwest Snooker Club and the Tin Tai Chinese Restaurant, Letterkenny.