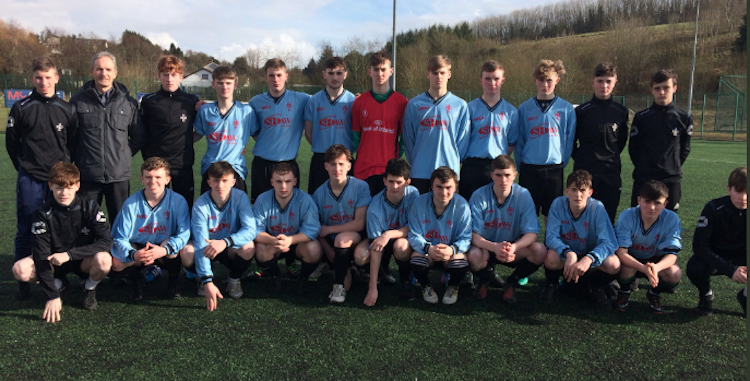 PCC Falcarragh booked a place in the FAI Schools Junior ‘B’ Boys National Cup Final after a dramatic shoot-out win in Monaghan yesterday.

After a game of few chances and fewer goals, PCC needed to navigate the dreaded spot kick lottery.

There, PCC goalkeeper saved superbly from James Richardson and the winning penalty was netted by Kyle McMullan.

Earlier, there had been only fleeting moments of goal-mouth action with Cannon saving from Gerald Okoeguale and at the other end PCC’s Conan Brennan hit the side-netting.

Rafus Ngegwe had a chance to win it in added time, but he shot wide.