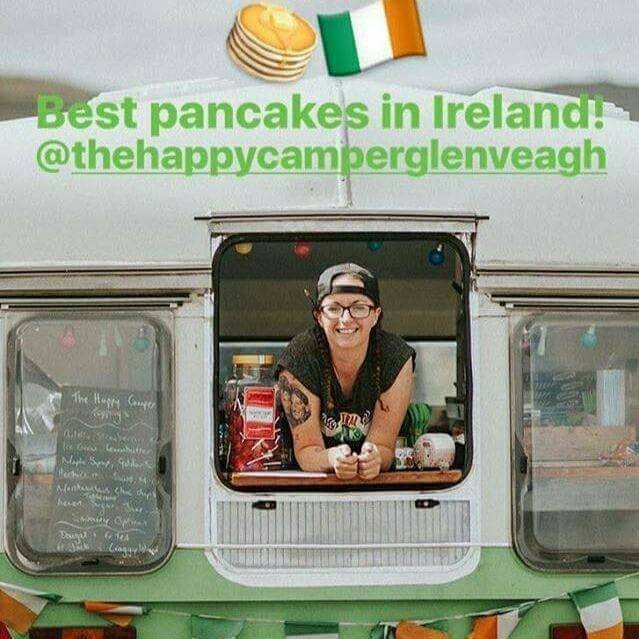 It’s the end of the road for The Happy Camper

Donegal businesswoman Maria McCormack has announced she is no longer to operate the much loved Happy Camper food van.

The mobile business caught the imagination of the public with its delicious hot chocolate, pancakes and other treats in the shadow of Glenveagh National Park.

Although only going since the summer of 2016, The Happy Camper established as a firm favourite of locals and visitors alike.

Even when the business had an unfortunate accident when it unhitched from its vehicle becoming wrecked in the process, it only became bigger!

A Go Fund Me Page was set up which culminated in a new Happy Camper and even an appearance on RTE’s Ray Darcy Show.

Now Churchill businesswoman Maria has announced she is to take her career in a new direction.

Last night she posted this touching message on the business’s Facebook page.

It read “I don’t really know how to start this post as it is really breaking my heart to say it. I have had to make the decision to stop being the Happy Camper.

“I have made so many lifelong friends since we started back in June ’16 but unfortunately, it really is a lot tougher out on the road than it looks. I don’t know what’s down the road for me but I hope you will all understand.

“Thank you for being Happy Campers I will miss you all. I’m not finishing up for a week or so .. so maybe see you one last time before I close the hatch for the last time.”

The message was met with disbelief but understanding from so many of the Happy Camper’s loyal customers with messages coming flooding in.

A little slice of Donegal life may be gone…..but it sure was tasty while it was here.

Good luck with whatever next life serves you up, Maria.

It’s the end of the road for The Happy Camper was last modified: March 13th, 2018 by Stephen Maguire
Tags:
BusinessclosesdonegalGlenveaghHappy Campermaria mccormack