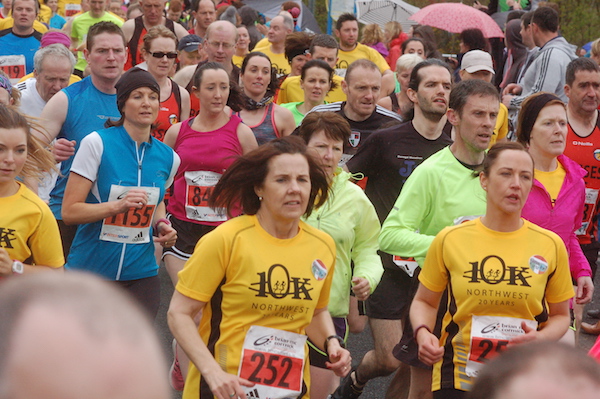 Launch of 22nd Northwest 10k to be held this evening

The launch of the 22nd Northwest 10k will take place this evening at 7 p.m. in the Mount Errigal Hotel.

The names of the charities who will benefit from this year’s charity run and walk will be announced during the launch.

Chairperson Neil Martin said there had been a significant interest from charities wishing to be considered for the event, which takes place on Sunday the 6th of May in Letterkenny.

“We had a big response from charities who made application to be beneficiaries from this year’s North West 10k.

“The charities that have been successful this time will be named on Tuesday evening and then for them it’s down to the hard work of maximising the money they can generate from being associated with the North West 10k,” Mr Martin said.

Launch of 22nd Northwest 10k to be held this evening was last modified: March 13th, 2018 by Chris McNulty