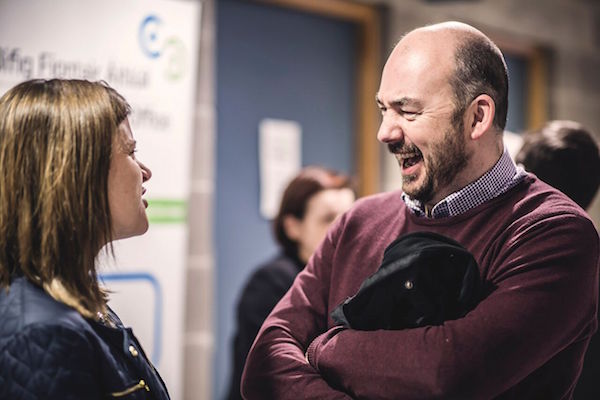 Opportunities for business growth beyond local markets, was one of the key themes last week at a series of events, organised for Local Enterprise Week by the Local Enterprise Office, Donegal.

In conjunction with other agencies and partners, a total of 26 events took place at venues across the county from Monday March 5th to Friday March 9th, with a huge range of topics from marketing to connecting with the diaspora all covered.

“The theme for the week was ‘Back to the Future’ and over the course of the five days there were plenty of opportunities for businesses to look back to where they have been, have a look at where they are now and then listen to inspirational and motivational speakers to give them ambition for the future,” said Michael Tunney, Head of Enterprise in Donegal.

The first speaker of the week, Donagh Kelly of the KN Group, spoke in Solis Lough Eske not just of his company’s ethos and ambition, but also explained how they had grown by entering international markets.

It was a theme echoed on Monday night at the launch of ‘Donegal – We Make Things,” when six Donegal manufacturing businesses were celebrated in print and in film.

“Over the course of the week, one of the things that became apparent to many local businesses is that, not only do opportunities exist in markets beyond local ones, but that those markets can also be accessed successfully from Donegal to grow a business,” Mr. Tunney added. 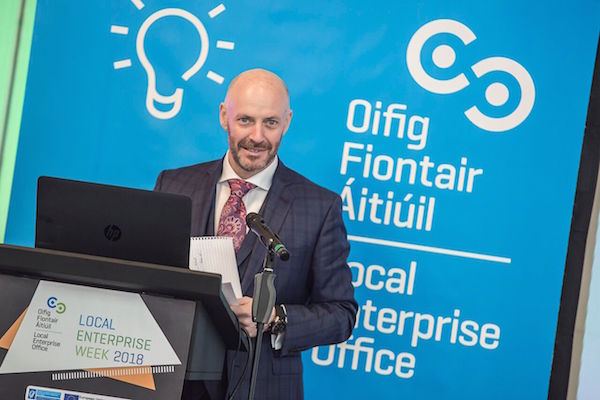 Donagh Kelly of the KN Group who was the first keynote speaker of a busy Local Enterprise Week in Donegal last week.

Wednesday’s speaker, Kingsley Aikins an expert on Diaspora spoke of the growth opportunities that exist through networking, while on Thursday Erika Fox spoke of how she had leveraged her networks and used social media to grow an international brand.

“It was great as always, to have some excellent speakers come in to give brilliant advice, information and inspiration over the course of the week, but one of the highlights of the week certainly was the fact that we were able to include so many local businesses who could share success stories that hopefully will inspire other businesses to follow in their footsteps,” the Head of Enterprise said.

Indeed Mr. Tunney explained that Local Enterprise Office, Donegal will seek to immediately build on the momentum gathered during Local Enterprise Week by holding a major international conference in the county next month.

“Many businesses will have learned last week that taking business into the global marketplace makes perfect sense for small or medium enterprises – and it means that they are much more likely to survive in the globally competitive business climate.

Members who attended the Donegal Women in Business event in The Station House Hotel during Local Enterprise Week last week.

There is strong evidence to show that internationally active businesses are more innovative and perform better than those who have not embraced internationalisation. The events and speakers we had in the county for Local Enterprise Week shows that even the smallest businesses can in­ternationalise suc­cessfully, but it would appear many do not have the ambition, the information or the knowledge to do so,” Mr Tunney added.

With that in mind he said, Local Enterprise Office, Donegal has moved to organise the conference in Solis Lough Eske on April 12th and 13th to highlight to businesses here why making their marketplace international, makes total sense.

While the Head of Enterprise said more details on the conference would be revealed soon, he moved meanwhile to pay tribute to all those who had made last week’s series of events a huge success.

Dermot Gallagher enjoying the conversation with Joanne Kilmartin at the agency support for business and employees event in LYIT as part of Local Enterprise Week.

Erika Fox of Retro Flame who was the guest speaker at ‘A Stitch in Time’ in Century Cinemas on Thursday pictured with members of the Local Enterprise Creative Coast Fashion and Textiles Creative Cluster who displayed some of their work at the event. Also in the photo are Head of Enterprise in Donegal, Michael Tunney and Creative Coast Donegal Facilitator, Liam Porter.

“It was great to have such co-operation from other agencies and partners in the county and I’d like to thank them, all our speakers and all our venue hosts for their contribution towards a great week for Donegal businesses. I’d also urge the businesses who attended and indeed those thinking of starting a business, to continue to engage with the Local Enterprise Office and we will do everything possible to help them,” he concluded. 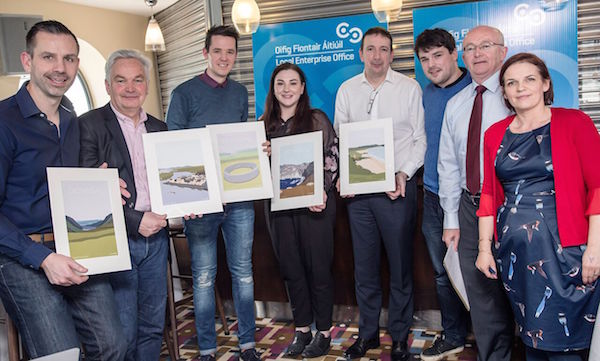