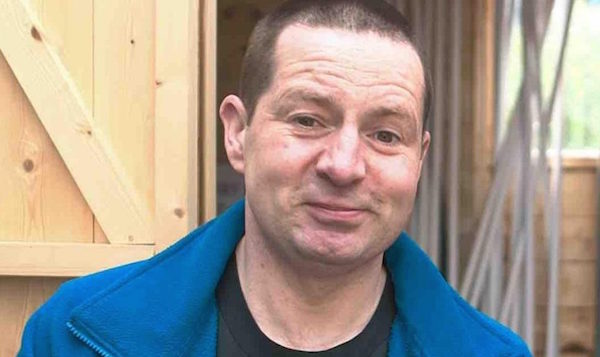 A BRAIN injury survivor has recalled how he “waddled” off a cliff in Donegal in a life-changing accident.

Tony Dolaghan was just 20 when he suffered the devastating fall after a lads’ night out in Bundoran.

He and his pals had bought burgers and ventured to the clifftop outside the seaside town to eat them before falling asleep.

Tony, now 47, recalled to the Irish Sun: “I fell asleep on a picnic bench which wasn’t far from the cliff edge which is a bit of a silly place to put a seat. We all woke up. Somebody says ‘we’re going’.

“We got up and waddled. They waddled perfectly. I’ve never seen better waddling.

“My waddling was exquisite, but I waddled the wrong way.”

Tony toppled over a cliff and fell 40ft.

When his parents Frank and Aileen arrived at the hospital from their home in Newry, they found that Tony hadn’t a mark on his body apart from a broken finger, but had fractured his skull and suffered “severe brain damage”.

Aileen quit her job to care for Tony who had to learn how to walk, talk and eat again.

He now lives in an apartment adjoining his parents’ home and has re-learned how to drive, but is still dependent on them.

The Dolaghans bravely gave an insight into the reality of life with a brain injury in a new documentary for BBC NI, which aired last night.

Frustrated with the lack of support in their local area, the Dolaghans helped to establish the Brain Injury Foundation.

While their selfless work has helped improve the quality of life for others with acquired brain injury, Frank explained: “We’d be perfectly straight. There was a selfish reason for us in being involved here.

“Because of our age we know that in a number of years we aren’t going to be here.

“We knew there were other people in the same position as us, so we’re trying to build a structure, a place for Tony, a place where survivors can support each other as they grow older.”