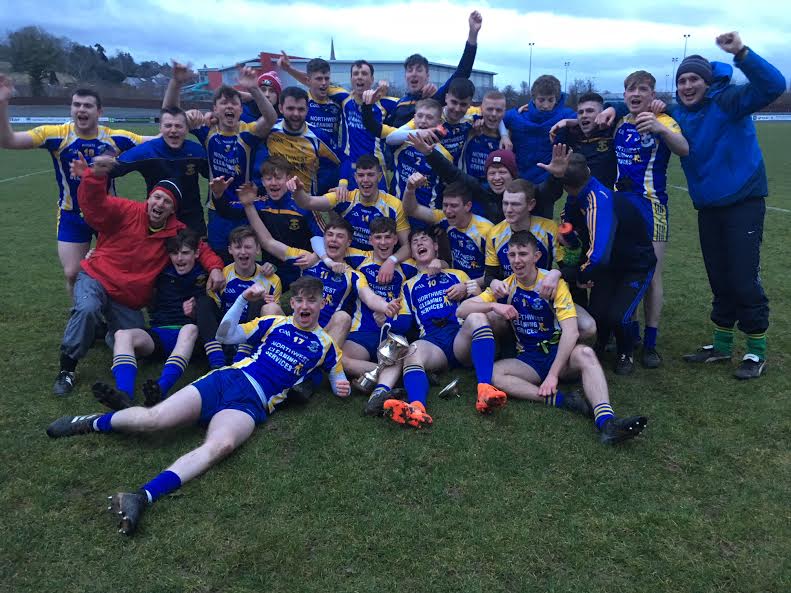 O’Donnell scored the third goal, the clincher in a 3-8 to 1-10 win at O’Donnell Park with Jonny Toye netting just moments previously.

“We got the luck we were missing in the last couple of years,” O’Donnell said.

Lee McLaughlin and Corrie-Lee Bogan had goals at either end in the first half with St Columba’s having the advantage at the interval before Carn hit back.

O’Donnell said: “We were getting it tight in the first half, but we did well. We knew we could come back in the second half.

“We were a bit impatient at times, but we came good and it paid off.

“We have talked about an Ulster final for so long now. It’s just unbelievable to win it.”