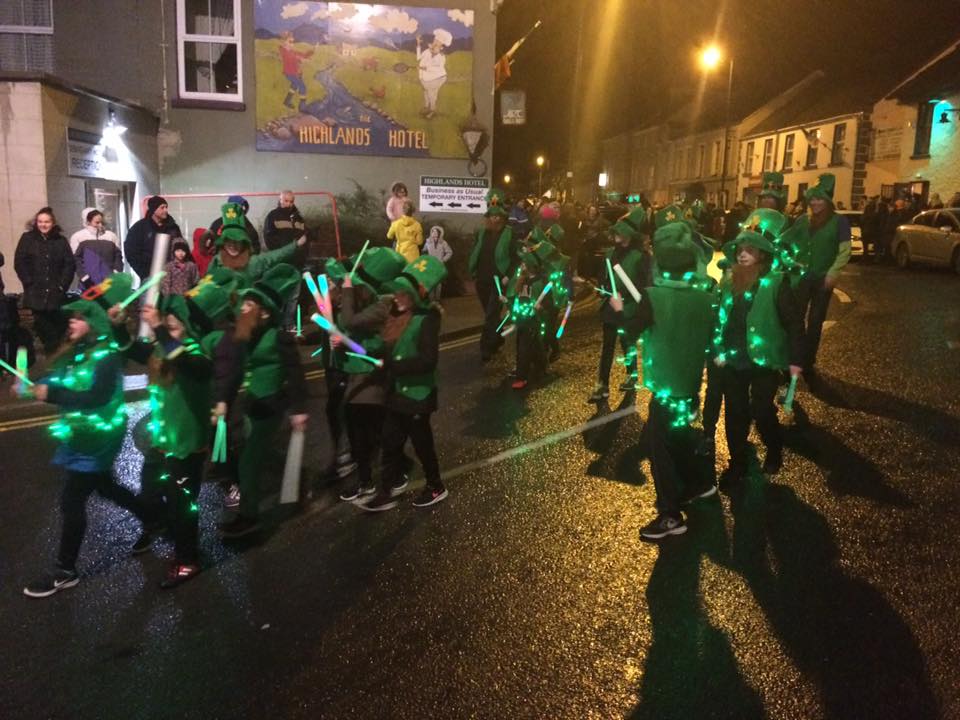 The community of Glenties has been forced to cancel this year’s St. Patrick’s Day Parade following an urgent change.

The town held a unique midnight march in 2017 to be Ireland’s earliest parade of the year. Plans to repeat the event were unsuccessful this time due to a lack of available marching bands.

A statement from the Glenties Community Development Group yesterday said the decision to cancel was unanimous as just one band was available to march in this year’s parade.

Organisers said: “With bands not being available(apart from Maghera) just makes it impossible to have a parade without them. This wasn’t an easy decision after last year’s success, but we exhausted every avenue to try to make it work but it just couldn’t be done.

“It now makes last year’s even more special. Happy St Patricks day, go out and still enjoy your Friday night entertainment still on in the bars.”