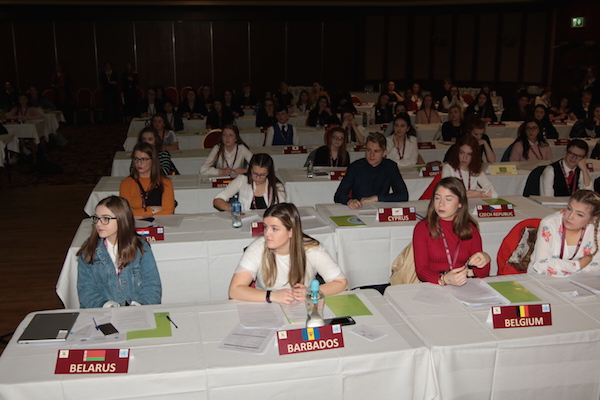 A total of 165 students attended the 2-day conference in the Mount Errigal hotel, with 140 attending as ‘delegates’ representing a United Nations member state each, and another 25 taking on the roles of Administration Staff and photographers.

Each student spent the two days debating, discussing, and learning about world issues and politics.

With their countries researched, each delegate arrived with the aim to write clauses and ultimately resolutions that would tackle, resolve or at least minimise problems connected to pressing world issues in the areas of human rights, environment, scientific advancement, politics, ethics, aid, disarmament, etc. 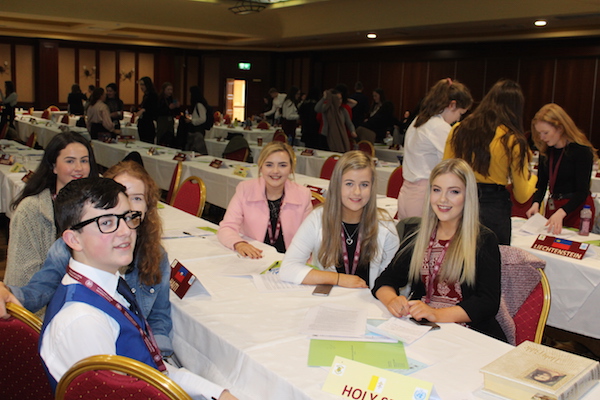 The issues for debate at this year’s conference were:

Issue One – Preservation of Culture:
Question of the Violation of the Human Rights of Indigenous Peoples Worldwide

Issue Two – Preservation of Biodiversity:
Question of the Rise of Extinction Rates due to Human Activity

Issue Three – Preservation of Peace:
Question of United Action Towards the Total it Elimination of Nuclear Weapons

The level of professionalism, respect, and hardwork from all the delegates present was phenomenal. Often secondary school students are given negative press – people comment that they have no concern for society or the world around them.

For any one who attended the conference, it was obvious that this could not be further from the truth. The delegates took each issue extremely seriously and the debates often became quite heated.

Opportunities such as the Model United Nations are usually only available in the major cities, Cork and Dublin being examples. LKMUN is the only conference being held in the North West and we the LKMUN committee are very proud to have been able to offer schools from the local area the chance to participate.

With the positive feedback from all who attended the event we hope that more schools will take the opportunity to attend LKMUN 2019. The more students learn about politics and global issues at such a young age, the more likely we are to develop young adults actively engaged with politics. It could lead to a strong representation from Donegal in local, national and international politics in the years to come. 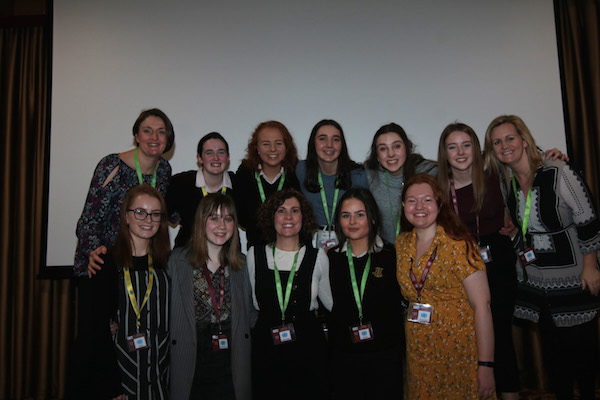 ‘No delegate , that will not be entertained.’ A sentence heard many times by each of the 140 students who participated in the 2nd Loreto Letterkenny Model United Nations (LKMUN) conference this 7th and 8th of March.

This sentence has an air of professionalism that really would not be expected from a room of 165 secondary school students, yet for those 2 days this statement was all you needed to earn their silence, attention and respect.

It’s a remarkable feat that all 165 students now share a common interest on world issues, which they can now apply when they simply glance at the newspapers, watch the 9 o clock news, or tune into the radio – all because of their participation in this 2 day event, one the committee hopes to grow and improve on each year. 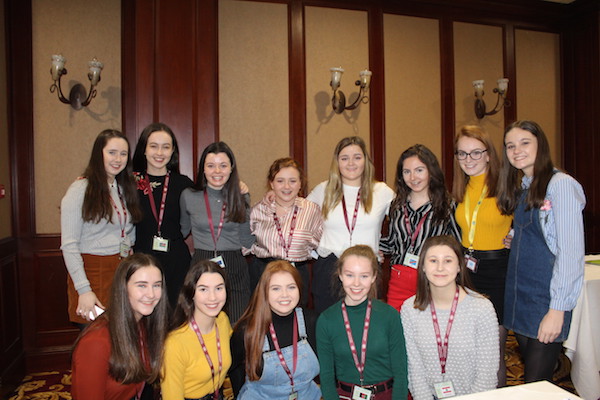