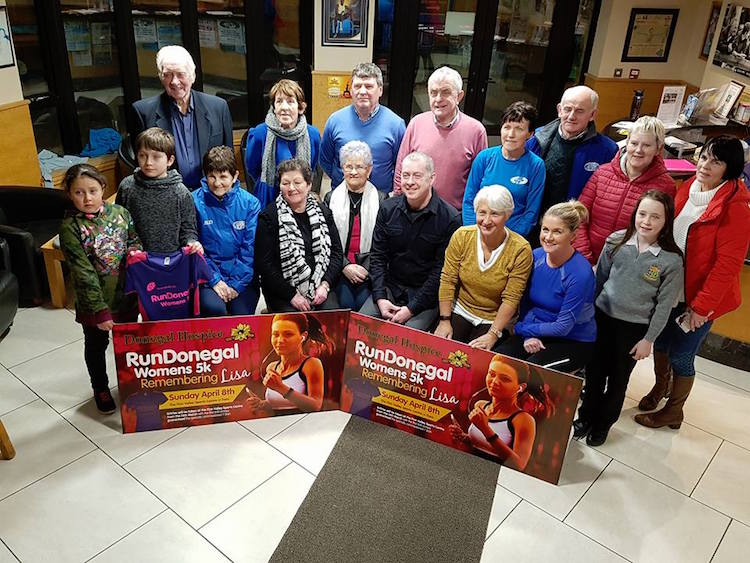 written by Chris McNulty March 15, 2018
Registration for next month’s Run Donegal Women’s 5k has officially opened.
The first entries for the eagerly awaited event, which will be held in the Twin Towns on Sunday, April 8th, were taken at the Finn Valley Sports Centre on Wednesday evening.
Entries will be taken at the centre on an ongoing basis, while a registration evening will take place between 6 pm and 8 pm on Thursday, March 22nd.
Race director, Grace Boyle, said there is a big interest in this year’s Run Donegal.
“We launched the event two weeks ago and the feedback has been extremely positive. We have been busy with enquiries and it’s great to be at the stage of taking entries,” she said.
“We are also hoping to have a registration night in Letterkenny the week before the race. We are three and a half weeks away from what will be the twelfth staging of this unique event and we are appealing to women of all ages, backgrounds and abilities to come along and take part,” she added.
“Women can walk, jog, race, stroll or push their buggies around the 5k. It’s grown over the years to become a special day for women in Donegal,” the race director commented.
This year’s Run Donegal will be held in memory of the late Lisa McGranaghan. Lisa, a mother of two from Castlefin, passed away from cancer at the Donegal Hospice two years ago.
The first 600 who enter Run Donegal 2018 will receive a specially commissioned t-shirt.
Entries open for Run Donegal Women’s 5K was last modified: March 15th, 2018 by Chris McNulty