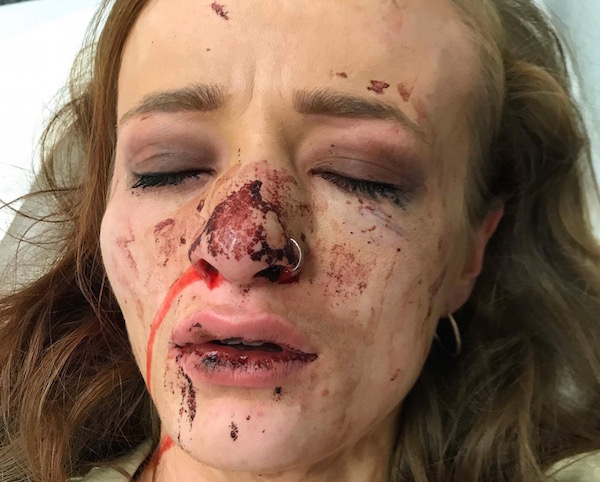 Gardai have confirmed that a man was arrested in connection with a savage attack on a young woman at Market Square in Letterkenny last October.

18-year-old Shanan Reid McDaid was set upon in the early hours of the morning of October 15th and suffered horrific injuries.

The unprovoked attack left Shanan, a student in Galway, with a broken nose, chipped teeth and black eyes.

Shanan had been with friends but had gone to use a toilet before being set upon by a man.

She managed to stagger back to her friends after the attack but the suspected attacker managed to flee.

Now, Gardai have confirmed that a man was arrested and a file on the case has been sent to the Director of Public Prosecutions.

She will decide if there is enough evidence for the suspect to stand trial in connection with the attack.

In the days after the brutal assault, brave Shanan went public about her ordeal and urged young women not to walk home alone.