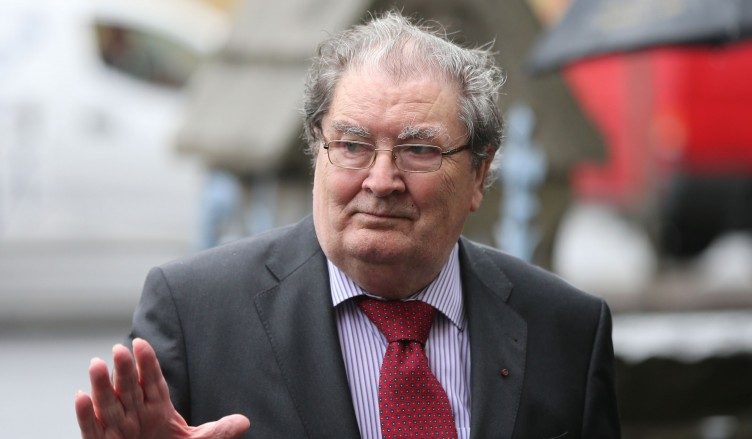 Letterkenny Municipal District are to write to the family of Nobel Peace Prize winner, John Hume, informing them that councillors have backed plans to name the new Social Enterprise Centre in his honour.

Councillor Dessie Shiels moved a motion at the monthly meeting of the LMD calling for the Council to name the new centre in recognition of Mr Hume, ‘a man who championed the cause of social inclusion in the quest to bring peace to the island of Ireland’.

The new centre, to be located next to the Public Services Centre, is expected to open its doors in 2020.

“This represents a golden opportunity to have a building in Letterkenny with a vision of cross-community. The Letterkenny to Derry link is needed at national level,” Councillor Shiels said.

“The building will be a significant one and will act as a hub for groups which work to make community life better.

“At the same time, it has become increasingly obvious that ongoing relationship is needed between Letterkenny and Derry. Letterkenny, in time, will become a city.

“John Hume is a national and international figure of peace and it would be a great honour for this town to name our new building after him. Given his standing and stature, I think it is appropriate that this Council approach his family and ask if we can name the building after him.”

The motion was seconded by Councillor Michael McBride, who said Mr Hume had been ‘one of the outstanding political figures of our lifetime.’

He said: It is fitting his contribution in our lifetime should be honoured and that his name should be put on a building which will represent all he stood for in his political career.”