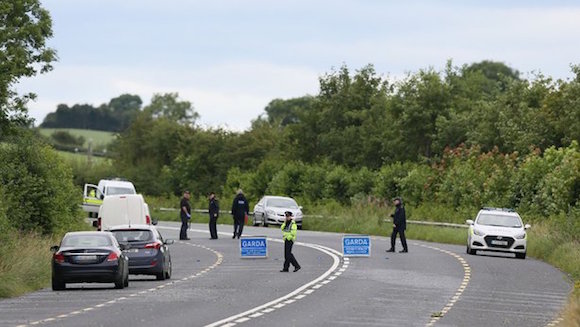 A man has appeared in court charged with dangerous driving causing the deaths of three women from Co Donegal in a traffic collision in Co Louth last July.

Drogheda District Court heard today that Jason Rowntree (32) of Plantation House, Kingscourt, Co Cavan, made no reply when arrested and charged with the offence this morning.

The deceased are Margaret McGonagle (69), her daughter Mairead Mundy (37) and their friend Rachel Cassidy Battles (39), from Bruckless.

All were travelling home from Dublin Airport when the collision happened at Aclint, on the Louth/Monaghan border on 21 July 2017.

RTE reports that Garda Sergeant James McCumiskey gave evidence of arresting and charging Mr Rowntree at Drogheda Garda Station and said he made no reply to the charge.

Gardaí did not object to bail and a number of conditions were set as part of the bail terms.

They are that the accused reside at his home address, that he provide a contact number to gardaí and that €500 cash be lodged.

Judge John Coughlan adjourned the case to the May sitting of Ardee District Court.