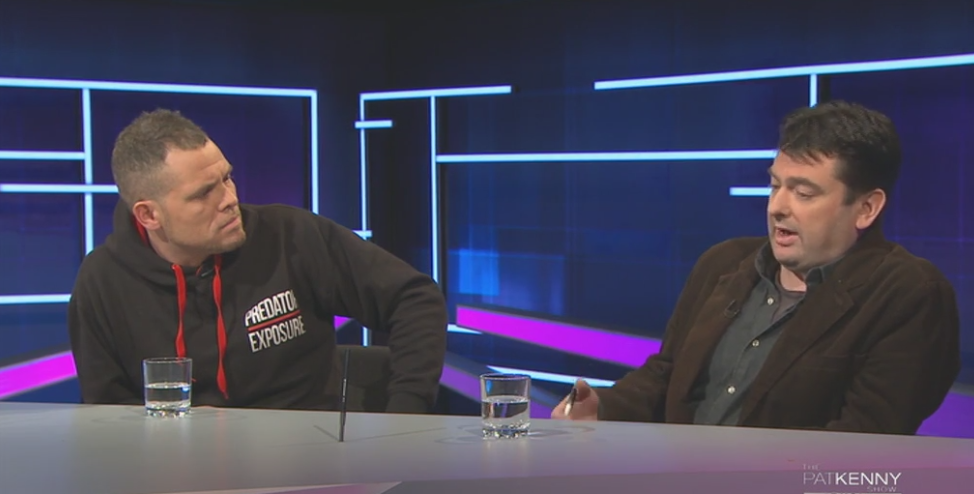 Poll: Do you agree with the work of paedophile vigilante groups?

Earlier this week, TV3’s The Pat Kenny Show aired an interview with ‘Phil’, the head of the Leeds based group ‘Predator Exposure’, whose work led to the conviction of former RTÉ Producer Kieran Creaven for attempted grooming of a fictional thirteen-year-old girl.

Currently, the Predator Exposure Group are in contact with people in Ireland who they believe to be paedophiles.

Pat discussed whether the work of these ‘paedophile hunter’ groups should be encouraged or stamped out here in Ireland as The Gardaí warned that “the manner in which such groups operate and how they interact with their chosen targets” could potentially affect future convictions.

Commenting on this, Phil said; “We do this because we’re being let down by the justice system, our government aren’t doing enough, and this is to protect our kids ’cause no one else seems to be trying to do nothing about it.”

On the other hand, critics of such groups fear that these groups could potentially hinder Garda investigations. Columnist Ian O’Doherty of the Irish Independent, who wrote an opinion piece outlining his disagreement with what he calls “mob justice”, also appeared on the panel alongside Phil.

“When these vigilantes, who seem to operate on some weird fantasy level and simply do not understand the law, start to hinder prosecutions, then they too should be seen as a problem, not as a solution.”