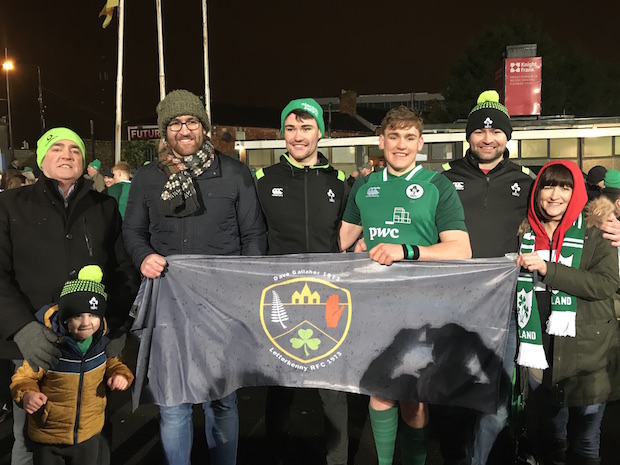 Joe Dunleavy won his second cap for the Ireland Under-20s on Friday night.

The boys in green collapsed in the second half at the Ricoh Arena in Coventry.

It was after Dunleavy’s departure that Ireland wilted.

Noel McNamara’s youngsters played much of the rugby up to the 55th minute, with first quarter tries from James Hume and captain Tommy O’Brien, who ran in an intercept effort from inside England’s 22, twice putting them in front.

A Harry Byrne penalty on the stroke of half-time brought the visitors level at 15-all, in response to England’s opening two tries from Ben Loader and Fraser Dingwall and a Tom Hardwick penalty.

However, man-of-the-match Gabriel Ibitoye’s brilliant counter-attacking run from deep inspired a Ben White try nearing the hour mark, and things then unravelled for Ireland with O’Brien sin-binned for pulling back Loader when he was set to run onto a kick ahead.

During the Leinster Academy starlet’s absence, the visitors leaked two more tries, and they were guilty of playing into England’s hands with individual errors proving particularly costly. While the powerful English side finished their tries well, too often they were created on the back of Irish mistakes in attack – loose or blocked kicks, turnovers, missed lineouts and missed tackles.

Ireland fell well out of contention in the closing stages, with fatigue and injuries taking their toll, as tries from Joe Heyes (65 minutes), Ibitoye (70), Josh Basham (71) and captain Ben Earl (76) sealed a runaway victory.