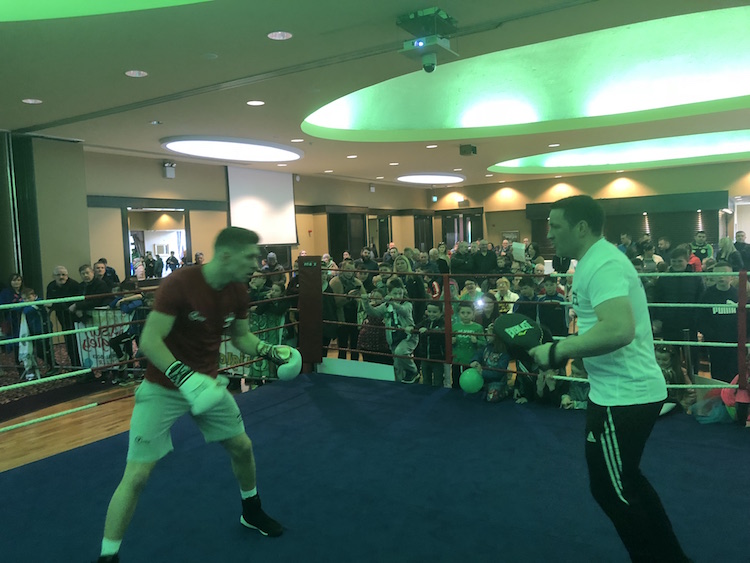 Gary McCullagh has backed Jason Quigley to make a winning return to the ring on Easter Saturday night.

The Raphoe ABC head coach says Quigley (13-0, 10KOs) is ready to tackle Daniel Rosario (11-3, 10KOs), two weeks out from their bout at the Marina Bay Sportsplex in Quincy.

Quigley is back from a year out with a hand injury sustained in beating Glen Tapia to win the NABF middleweight belt last March in Indio, but McCullagh says it won’t be an issue.

“Definitely not with Jason,” McCullagh said at an open workout in Jackson’s Hotel in Ballybofey on St Patrick’s Day, when Quigley showed a huge crowd some of his moves on the canvas.

“He’s fully focussed and fully composed. It’s as of he didn’t do any damage to the hand at all. He’s hitting hard and sharp. He’s ready.”