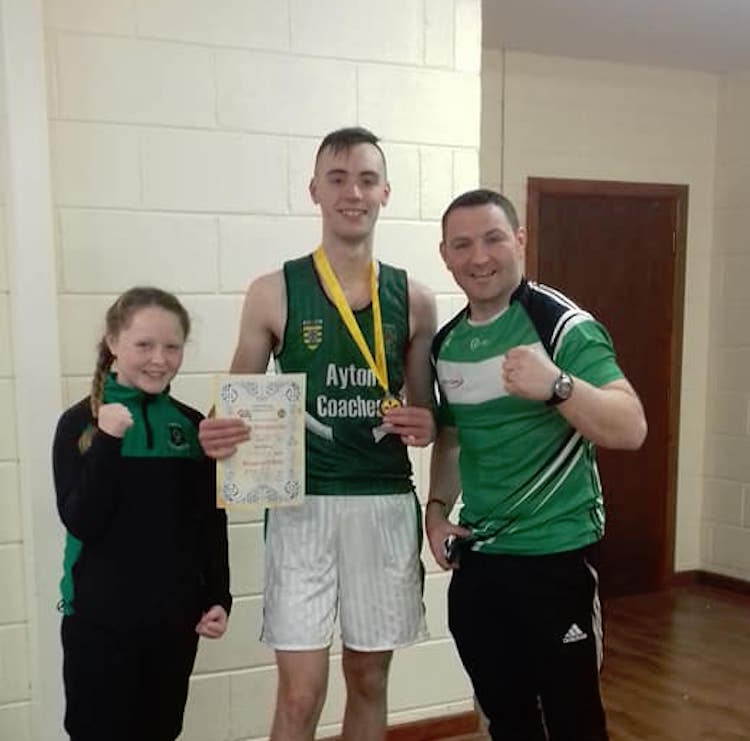 Raphoe ABC’s Kai Weir made sure that seven Donegal boxers will compete at the semi-finals of the National Boy 4 and Junior 1 & 2 Championships in Dublin next weekend.

Weir defeated Sean Butler from Rivertown in Sligo on Friday night in a Junior 2 quarter-final matched at 66 kgs.

Weir’s was an excellent display as he put Butler to the sword and took a 4-1 decision.

There was no such joy for former Irish champion and Raphoe team-mate Eoin McGarrell, who was beaten by Ryan Downey of Cashen Vale in a Junior 2 52kgs quarter-final.

And Convoy’s Ryan Ward-Murine was the victim of a harsh stoppage when the referee waved off his 63kgs quarter-final with Peter Vrinceanu from Crumlin.

The tournament resumes next Friday at the National Stadium.

Several boxers from Donegal are already through to the semi-finals, which are being held next weekend.

Illies’ Lee Davidson is guaranteed a final on Easter Saturday, when he takes on John Joyce from Mullingar at Junior 1 39kgs.