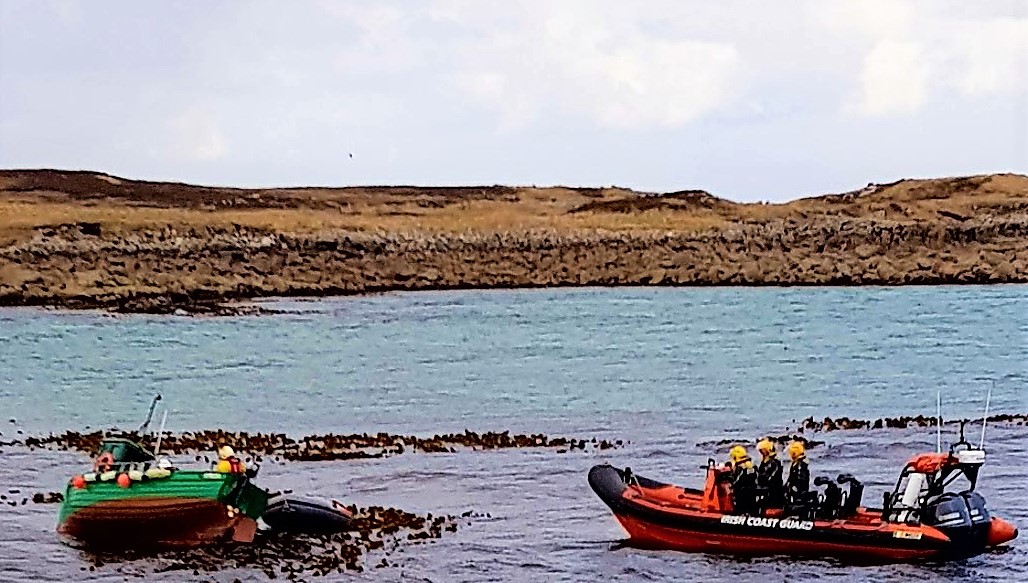 A fisherman who was rescued off the coast of Gaoth Dobhair yesterday has made a full recovery and thanked all the volunteers who came to his assistance.

The Arranmore RNLI Lifeboat was called to assist a fisherman who got into difficulty off Gola Island when his small boat ran aground on rocks.

The lifeboat was called out at 11am and proceeded to Gola Island to assist the casualty. On arrival at the scene the helicopter from Sligo and the Bunbeg Coastguard boat had lifted the fisherman from the boat.

He was subsequently transferred to the Lifeboat where he was treated for mild hypothermia. The lifeboat stayed at the scene of the stricken boat until the tide turned, they then secured a tow rope to the boat and transferred both the fisherman, who was fully recovered and the boat to Bunbeg Harbour assisted by the helicopter and the Coastguard. 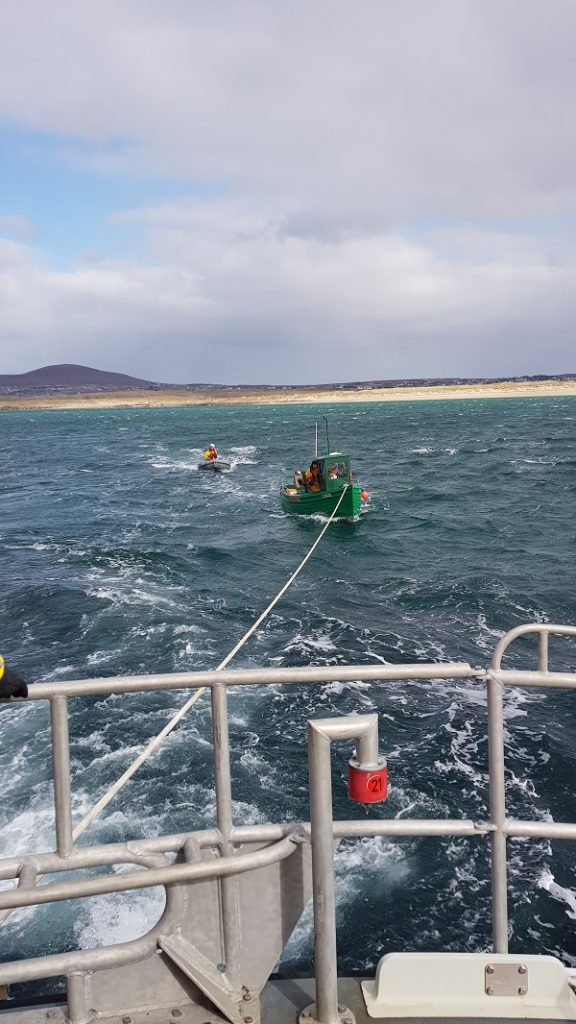 Coxswain of the RNLI Lifeboat, Jimmy Early said “although it was quite windy, the sea was calm but the wind chill factor was approximately 1-2 degrees centigrade which accounted for the hypothermia.

“Once we treated the fisherman he made a full recovery and was thankful to all the rescue services for their help”.

The lifeboat returned to base at Arranmore at 3 30pm following the four and a half hour rescue, fueled and ready for the next call. 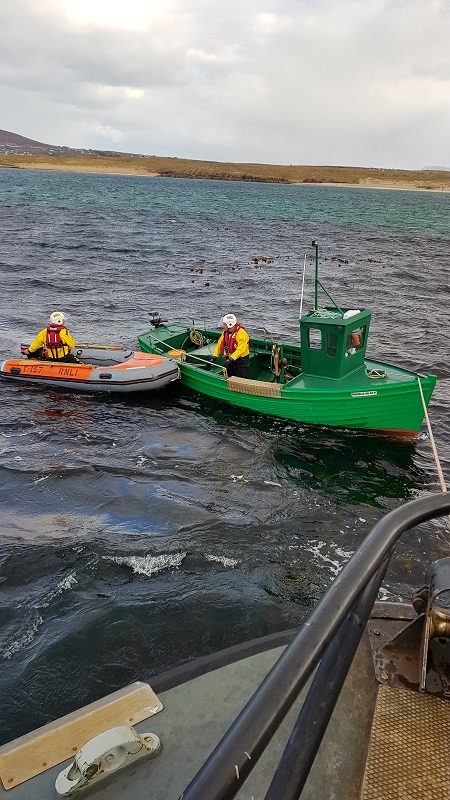