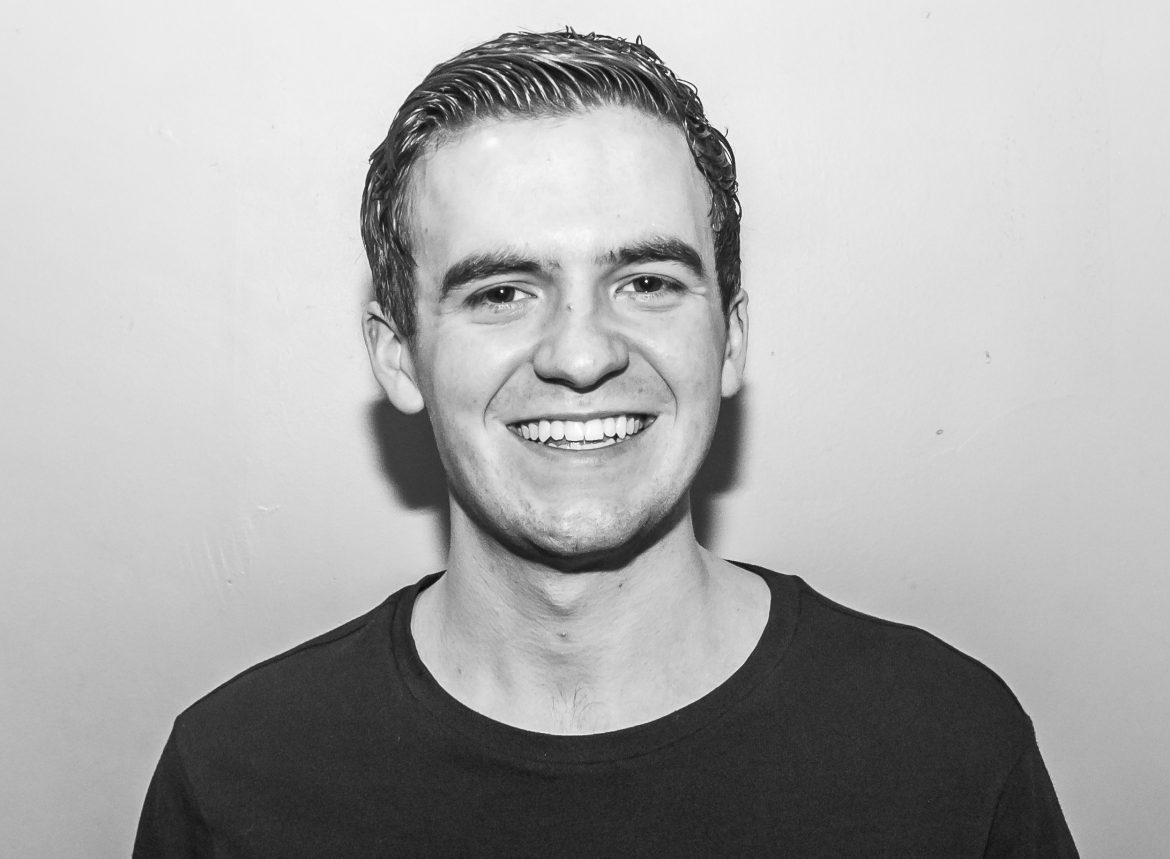 Donegal Town native Seimi Campbell, a well-known figure in the theatre and music scene, shares his perspective on life in Donegal.

Séimí is most well known for his involvement with theatre, both on and off stage. He is a student of Music Education at Trinity College Dublin and the Royal Irish Academy of Music, and is due to finish his degree in less than two months time.

Séimí most recently directed the sell-out run and critically acclaimed ‘Evita’ in the O’Reilly Theatre Dublin, with Trinity Musical Theatre (TMT) in February 2018, which garnered the support of Broadway stars Patti LuPone and Kristin Chenoweth. 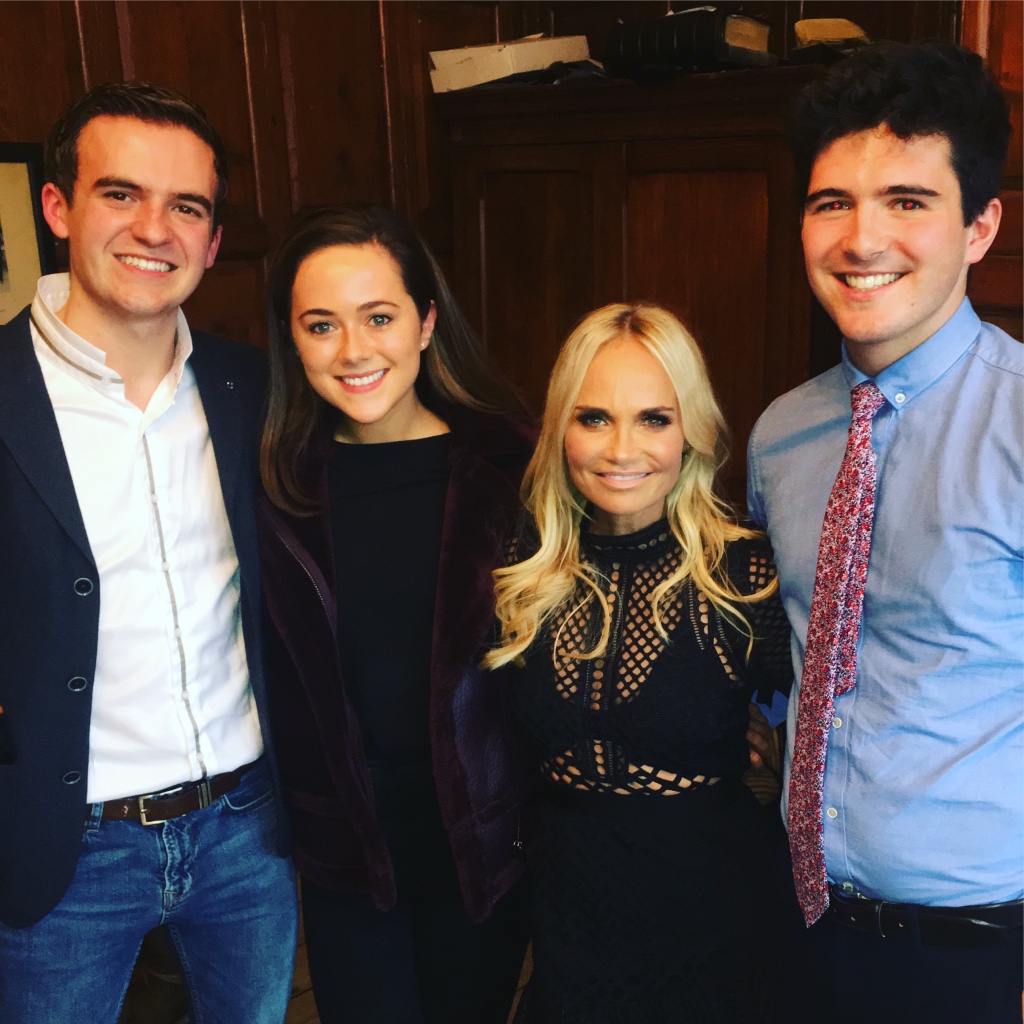 : Séimí along with his fellow cofounders of TMT; Mairead Hughes and Sean Cassidy and TMT Patron, and Broadway star, Kristin Chenoweth.

Séimí cofounded TMT in 2016, while back at home in Donegal, he was director with Bosco Productions for six years.

He has also directed the Donegal debut of Mairéad Ní Ghráda’s An Triail in the Abbey Arts Centre, Ballyshannon (September 2015, November 2017).

In 2017, Séimí founded Donegal Youth Musical Theatre (DYMT), and directed their inaugural production and North-West premier of Phantom of the Opera in An Grianan Theatre, Letterkenny (August 2017). He is looking forward to directing a contemporary adaptation of Jesus Christ Superstar in An Grianan Theatre with DYMT this August.

He has been awarded with a JCI Top Outstanding Young Person Award (Donegal) in 2017, and was named in the ‘Trinity Twenty’ earlier this year.

In his ‘other life’, Séimí is a proud musician and music educator. He is an accompanist with his parish choir in Killymard each Sunday morning, and was most recently selected to represent Ireland at the EAS Music Education Conference in Latvia later this month. 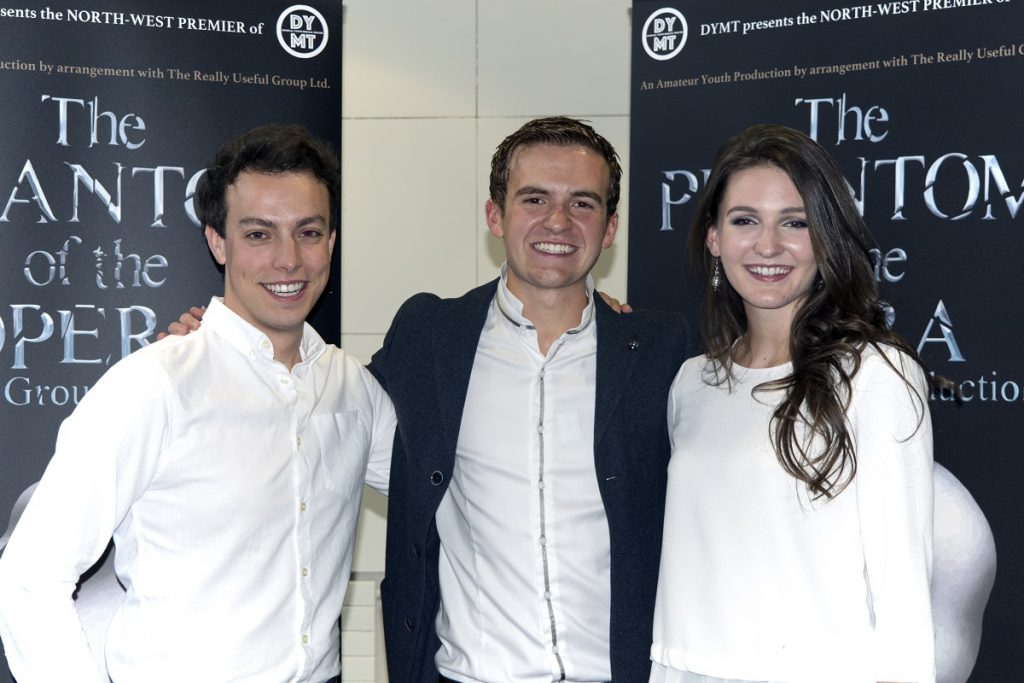 Séimí pictured at the Official Launch of DYMT in An Grianan Theatre with Dublin actors and friends, Lainey O’Sullivan and Joshua Hurley

This is Séimí Campbell’s My Donegal…

Lough Eske. The best place to clear your head after a busy week in the Big Smoke.

Mairead Ní Mhaonaigh – such an incredible yet humble musician whose grá of Donegal always shines on an international stage. Also, there are so many on a local level –  Eileen Carr, Pat Ward…all with such talent, modesty and hearts of gold.
Daniel O’Donnell or Packie Bonner?

Sam Maguire coming back to the Diamond in 2012. A night we will always remember.

We don’t take compliments in Donegal!! 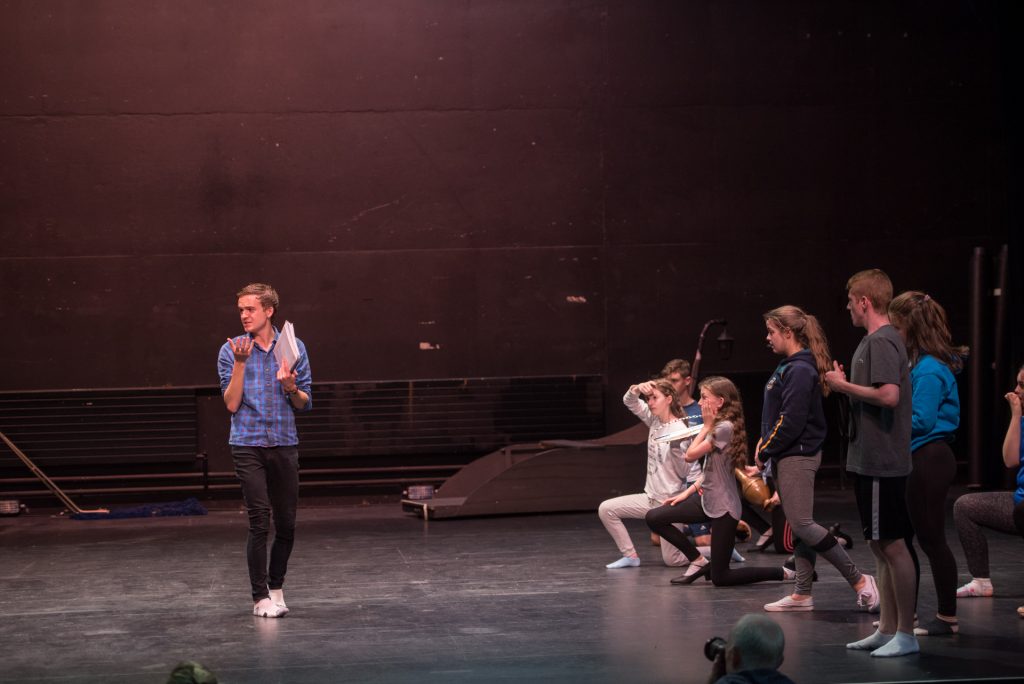 Phantom of the Opera rehearsals in An Grianan Theatre, Letterkenny

Tom’s brown bread, Aroma. Always survives the journey to Dublin in my suitcase each week!

Deirdre McGlone, Harvey’s Point. A lady who always takes time to speak to one and all, continues to put Donegal on the map through her love of the county and has built up an absolute treasure chest in our back garden!

A toss between Seamie Coleman and Michael Murphy.

Aroma at the Craft Village, Donegal Town. It is the one place you always leave feeling healthy – even after a slice of lemon cake!

What would your ideal day in Donegal consist of?

A morning walk around Lough Eske with my family, a busy day’s rehearsal for DYMT at the mighty An Grianan Theatre, followed by a steak sandwich in Harvey’s Point. (Maybe even a sing-song in the Forge, depending on the night!!) Perfection. 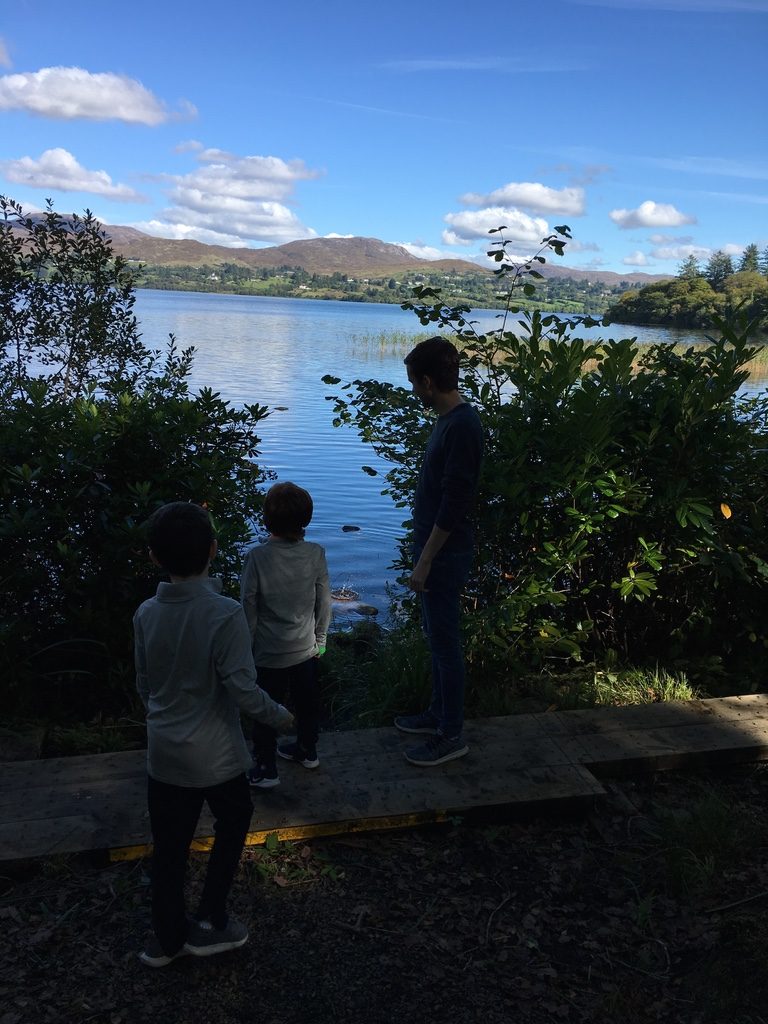 Seimi with his brothers at Lough Eske

Like all of the country, I think we need to continue to work together to promote positive mental health in Donegal. As Cycle Against Suicide promote, ‘It’s O.K. not to feel O.K., and it’s absolutely O.K. to ask for help’. Let’s keep spreading this message.

Steak on the stone from the Market House at the Abbey Hotel. Melt in the mouth!

The four hours bus journey home from Dublin every weekend. But, it’s ALWAYS worth it.

Do you have a favourite local band?

Little Hours – who first played in my garden for my 18th birthday before stardom hit ! I’ve always loved the Henry Girls too.
If you had a million euro to improve something in Donegal what would it be?

Build a new state of the arts theatre in Donegal Town to help put Donegal on the map as a hub of professional theatre. We have the talent. We just need a venue to match it.

What has been the most exciting moment of your career so far?

Each production brings its own highs and excitement. ‘Phantom’ and ‘Evita’ this year were certainly up there with the most special. Founding Trinity Musical Theatre with my two friends, and watching it grow over our first two years has also been an incredible journey.

Cast and crew of Evita 2018 pictured on stage this February

Is there anything about Donegal that you are very proud of?

The people, the place and the love that the people have for the place. You wouldn’t find it anywhere else.
Also, how all Donegal lads love coming home every weekend to our mammys!! Every other county thinks we’re cracked!

Do you want to take part in the My Donegal interview series? Let us know by emailing info@donegaldaily.com