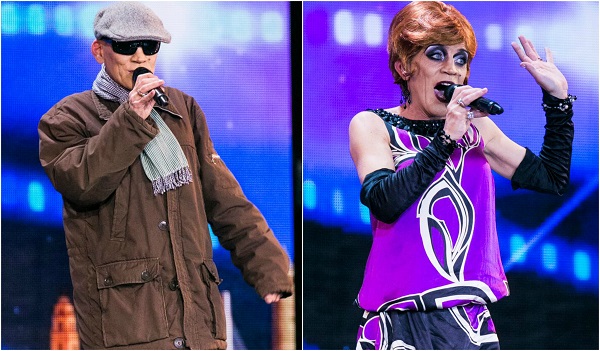 Revealed: Which Donegal acts are through to the Ireland’s Got Talent live shows?

Ireland’s Got Talent has featured quite a few Donegal entries in its first series, but the competition is truly heating up as the live semi-finals begin this week.

The TV3 talent contest will have three semi-final shows before the grand final on Saturday 24th March, where one ultimate act will win a cash prize of €50,000 and a chance to star in their own TV show.

Ardara farmer and drag queen Martin Mc Guinness’ appearance was one of the most talked about moments of Ireland’s Got Talent. The confident 51-year-old singer was put through to the semi-finals by accident when judge Jason Byrne hilariously hit the Golden Buzzer with his foot, giving Martin a fast-pass to the next round.

Now, Martin, aka Scarlet Rose, has the chance to entertain the nation in his inimitable way once more. It is believed that Martin will be in the Wednesday semi-final line-up, airing on TV3 from 8pm.

There were some emotional scenes on Saturday as the judges revealed who had made it through to the next round.  As the judges made their decision, cameras showed Eric and Vinny of Static Movement discussing nerves. Although their performance was a hit with the audience, the judges did not progress them to the semi-finals. None of the other Donegal acts were selected to take to the stage again.

All local hopes now lie with Martin, who has the unique chance to display his musical prowess after this controversial gaffe:

Revealed: Which Donegal acts are through to the Ireland’s Got Talent live shows? was last modified: March 19th, 2018 by Rachel McLaughlin
Tags:
ireland's got talentmartin mc guinnessTVTV3