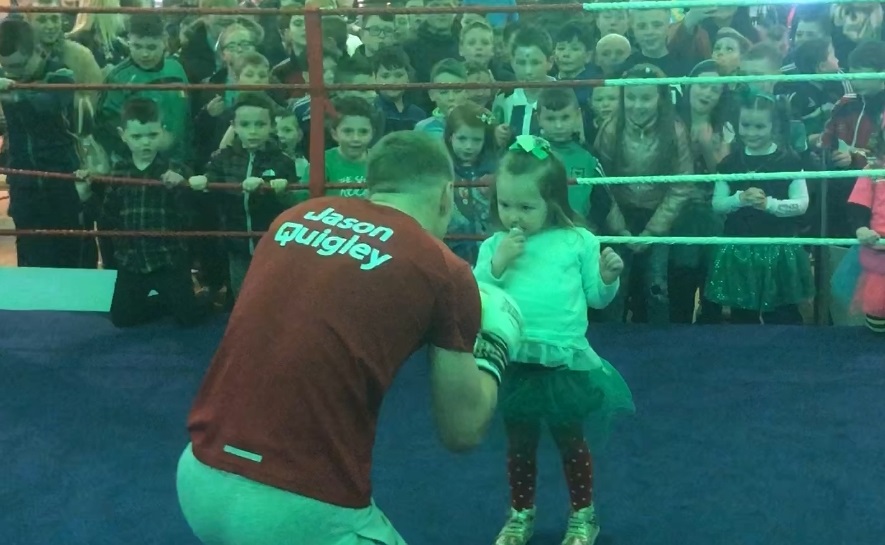 Watch: Tiny boxing fan’s day is made when she meets Jason Quigley

One of Jason Quigley’s youngest fans was over the moon to step into the ring alongside the international boxing legend.

The Donegal tot also gave him a run for his NABF Championship title after delivering an impressive right-handed jab!

Just two weeks before he takes on Daniel Rosario in Boston, Jason hosted a special St Patrick’s Day event in his hometown of Ballybofey.

Following the parade, fans made their way to Jackson’s Hotel where they got to meet Jason, watch him in action, and get pictures and autographs.

Jason was also giving away fantastic goodies including signed merchandise and fight t-shirts!

We’re sure this little boxing fan will always remember this special moment: