Two Donegal teenagers will be the proud recipients of Pramerica Spirit of Community Awards this week in Dublin.

Elaine Magee, from Raphoe and Áine Sweeney, from Letterkenny were named among Ireland’s Top 20 Youth Volunteers for 2018 for their exemplary volunteer work carried out in their local communities.

Both of the Donegal students have made outstanding acts of volunteerism and positive contribution to their communities in their own way. 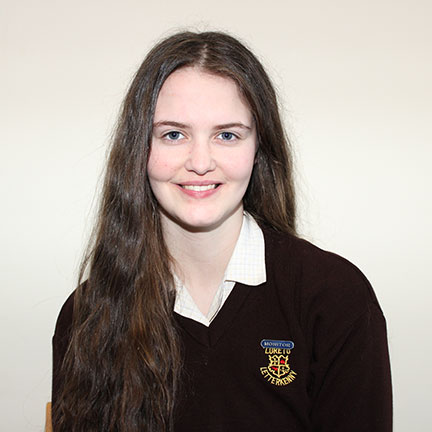 Áine Sweeney a fifth-year student at Loreto Secondary School, is one of 26 students on The Donegal Youth Council. She also volunteers with the Irish Wheelchair Association and in 2017 travelled to Lourdes as a student volunteer carer raising over €1,200.

Representing Letterkenny on the Donegal Youth Council, Áine is passionate about issues affecting young women in her local community including sexual health, body image and sports recognition for girls are addressed.

Along with her fellow Youth Councillors, Áine was instrumental in organising the Sports Recognition for Girls Roadshow which saw girls from all secondary schools in the Letterkenny district attending. She is also part of the HSE Healthy Ireland promotion team and played a role in the ‘Children and Young People’s Services Committee’ in Donegal.

The time spent volunteering has changed Áine’s life dramatically. One of her most rewarding experiences was travelling with over 1200 people as part of the Irish Pilgrimage Trust trip to Lourdes. During the visit, Áine helped the young students overcome their home sickness and whilst she is unable to return this year due to her commitment to the European Youth Council Exchange, she is continuing to help her friend fundraise.

“Inspired by Mary Ward, founder of the school, Áine has taken her words “Women in time to come will do much’ and fully embraced them,” said Nora Friel, school principal. “Her leadership and her consistent hard work have contributed hugely to her success as a volunteer and Áine is also aware of what she herself has gained in the process.” 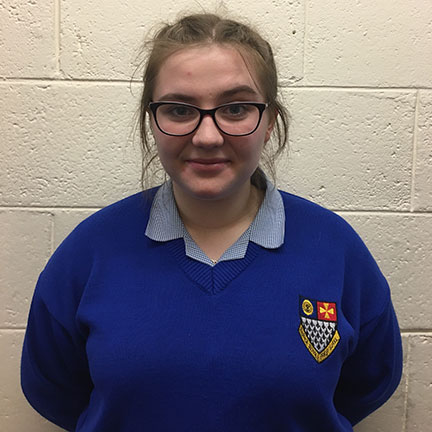 Elaine Magee a fourth-year student at The Royal and Prior School, was motivated to volunteer with the ‘Something Special’ group which is based in Raphoe when her younger brother was diagnosed with autism.

Over the past number of years Elaine gave her time throughout July and August to assist the parents in the group to take the children on outings and trips. Many of the children with autism or ADHD needed one to one attention and Elaine worked with the children to make sure all their needs were met. Some of the children didn’t like interacting with people and Elaine was mindful to deal with these children in a certain manner so that they weren’t distressed in any way.

Ann Marie Gibson from the ‘Something Special’ group indicated that on days out, children loved seeing Elaine. “Elaine has a great interest in children, especially those with additional needs and gets involved whenever she sees an opportunity to help out. On days out with our summer programmes, Elaine stepped in and assisted some of the mothers that were stressed”, she commented.

Each of the Pramerica Spirit of Community Awards finalists will be presented with €500 and an engraved silver medallion at the awards ceremony on 22nd March at the Aviva Stadium in Dublin.

Disability rights campaigner Joanne O’Riordan will be guest speaker at the awards ceremony.

This year, the top two Junior Honourees will also receive an additional €500 for their chosen charity for the first time. At the event, two of the 20 students will be named All-Ireland Youth Volunteers of the Year, receiving €1,000, a gold medallion, a crystal trophy for their school and an all-expense paid trip to the United States in May to participate in the Prudential Spirit of Community Awards ceremony.