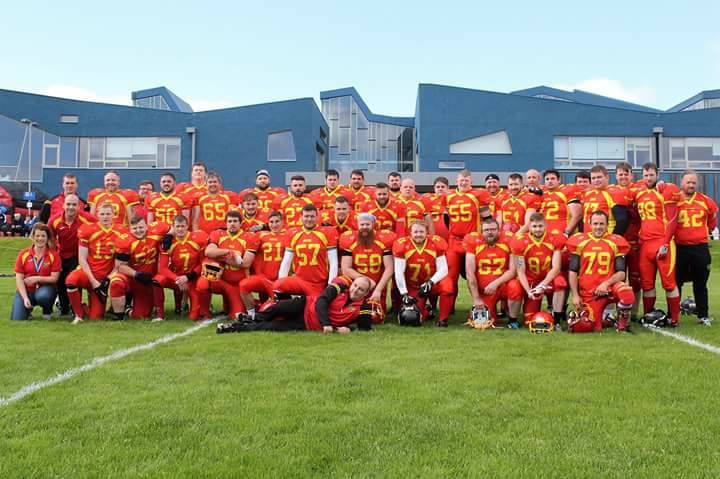 The new Irish American Football season is underway this weekend with games taking place countrywide. The Donegal Derry Vipers will start their 2018 campaign with a trip to Mullingar to face the Westmeath Minotaurs on Saturday, with kick off at 1pm.

There has been little time for local team, the Donegal Derry Vipers, to get themselves game day ready this season with events of the field heavily interfering their pre-season preparations.

The devastating damage that rocked their home grounds of the past three seasons at the YMCA in Drumahoe, Derry late last year rendering their pitch unplayable for the foreseeable future.

“The damage done to the YMCA grounds of Drumahoe have been a huge set back for the club, William Lamrock and the entire board of the YMCA have been so good to us over the years and it’s heartbreaking to see the grounds lying now in the condition they are, we really hope they can be repaired over time”, said Frieda Gallagher, Chairperson of the Vipers.

“Thankfully Lisneal College in Derry came forward and offered us the use of their facilities for training purposes, and just recently we have secured Limavady Rugby Football Club as a home ground this season. We will also be returning to Colaiste Ailigh in Letterkenny for our Donegal game,” she explained.

Unfortunately the Vipers did not just lose their home grounds to the floods, expensive pieces of equipment fundamental to the game were totally destroyed or washed away, including helmets, shoulder pads and blocking pads.

Other essential gear had to be replaced if the team were to enter the Irish American Football League this season.

“Full credit has to go out to the players who fundraised hard throughout the off season and raised the money we needed to get back on our feet, it has not been an easy task.

“A special thanks also has to go out Gareth Gordon and his company the Community Recycling Initiative who were a key part in our fundraising drive. We can not thank them enough for their efforts”, said Frieda.

Nando’s Derry has been confirmed as the club’s main sponsor for the second year in a row to the delight of the entire squad and committee member Richard Meenan who was instrumental in securing the sponsorship deal.

“Nando’s sponsorship has been fantastic for the club, its great to have such a large company backing us and we hope to continue to form a strong partnership with them for years to come. The Kernan Group in County Donegal have renewed their Jersey Sponsorship of the club also and we could like to thank them for their continued support.”

Despite all the going’s on off the pitch, the Vipers have amassed a strong team again this year which will undoubtedly be looking at securing a spot in the playoffs come the business end of the season.

The Vipers almost achieved this goal last year and came within 5 yards of making the playoff final against the eventual winners the Louth Mavericks.

Head Coach of the Vipers, Jason Brock, a Chicago native now living in Buncrana Co. Donegal, believes his squad has want it takes to amount a serious challenge for the IAFL1 crowd this year.

“We have a tonne of experienced players at our disposal, guys like Kyle McAneny (8 year veteran of the sport), Patrick Maguire, Derm Brown and Niall Lyons (4 year veterans) who have all been training well this season will always drive the team forward.

“We have a wide receiver; Ryan Brolly, who in my opinion is up there with the best in Ireland, our top scorer two seasons running. Our Quarter Back Danny Mullan has a strong throwing and running game which keeps most defenses on their toes and we have plenty of big men in the Offensive Line to provide protection.

“Without question, our Defence has always been our main strength over the last two season and I can’t see that changing this year. Look, I’m excited to get going but we are going to have to hit the ground running, our pre season disruptions are going to have to be put behind us fast, come kick off at 1pm in Mullingar we will be focused,” he said.

Donegal man Pauric Rose from Ballybofey has been added to the coaching set up this year for the Vipers and is now the special teams coach.

Pauric has a vast knowledge of the sport and is also a former player for the Vipers and currently a referee.

The Vipers and Minotaurs are no strangers to each other; they played in week 7 of the IAFL last season, ending in a win for the Vipers.

“We know enough about them to know we have to be prepared fully on both sides of the ball, they are capable of putting scores on the board and our entire squad with have to be at their best, but without doubt we believe we can get the W on the board”, said Jason.

The Vipers have added ten new players to their squad this year after holding tryouts in Letterkenny Co.Donegal and at Lisneal Co. Derry at their home training grounds.

Defensive Player/Coach Kyle McAneny has been impressed with what he’s seen so far.

“Our new players are from all over, mainly Donegal, Derry and Strabane. We will definitely be calling on them this Saturday. I have one or two of them ear marked already as starters but i’ll be keeping my cards close to my chest until game day,” said Kyle.

The Vipers won six games last season and lost only two in the regular season, they also narrowly lost out in the semi final of the play offs.

The squad are hoping their new look squad has what it takes to go that extra step.

The Vipers will also face the Wexford Eagles, The Kildare Crusaders, The Razorbacks from Belfast, The Craigavon Cowboys, The Meath Bulldogs, The Galway Warriors and The Antrim Jets, in a season what will undoubtedly have many twists and turns. 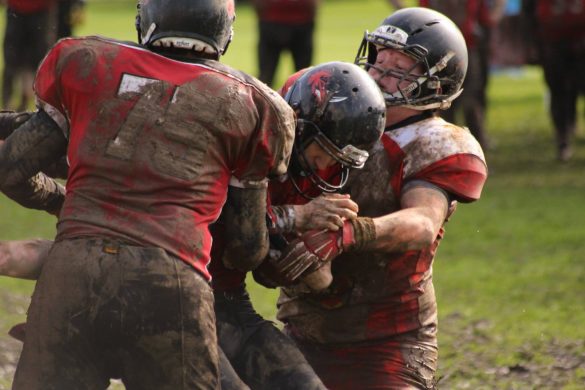 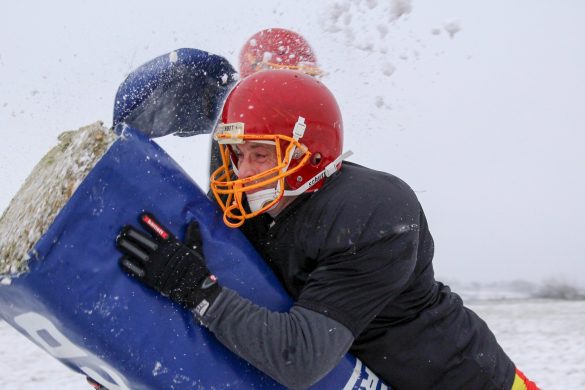 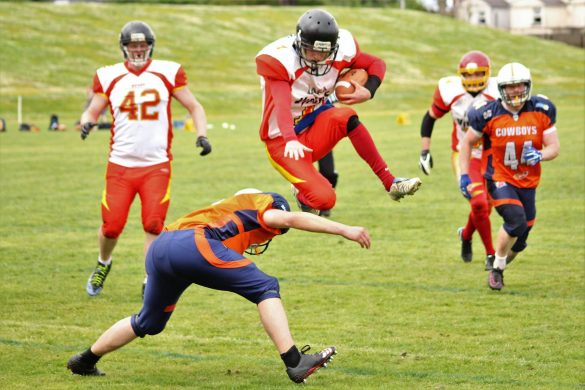 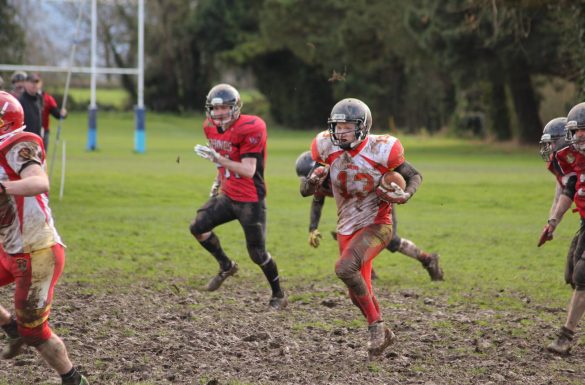 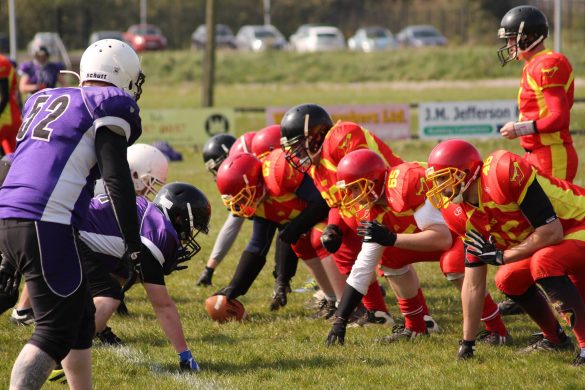 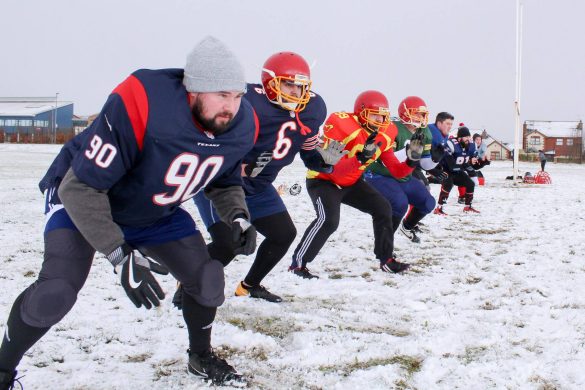 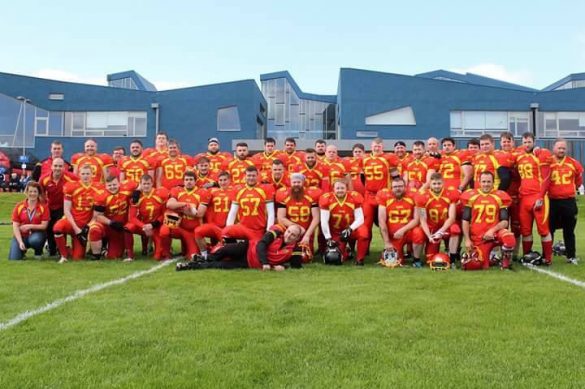 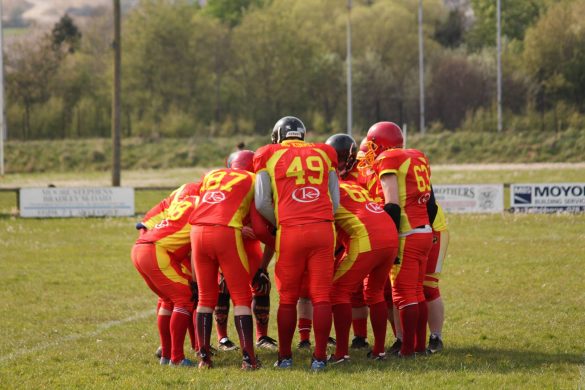 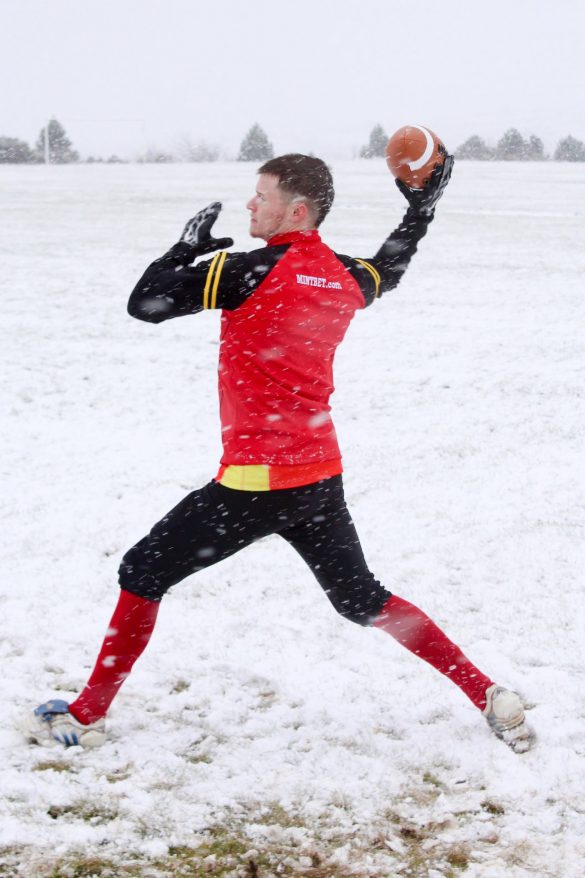 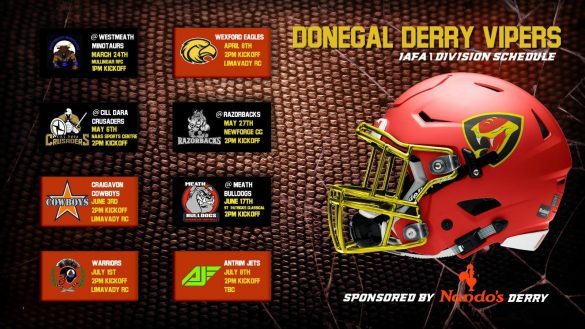 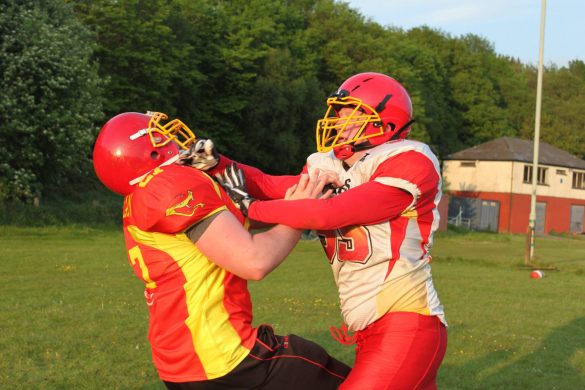 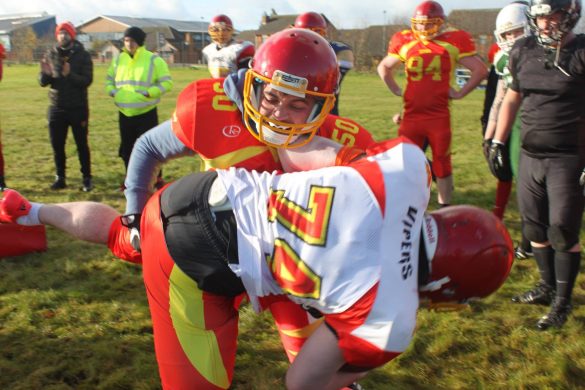 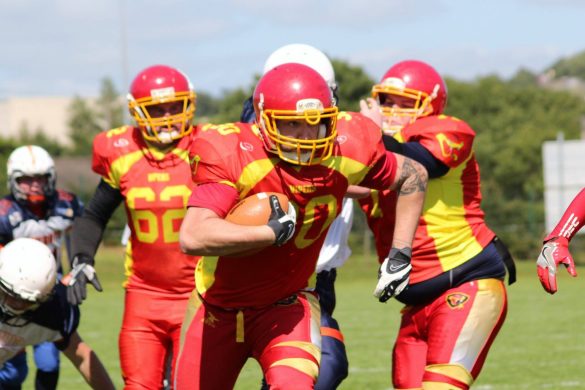