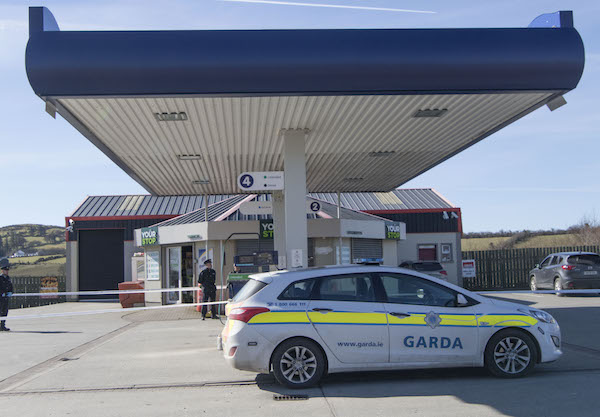 The gang who broke into a Donegal filling station blocked off a road with a tree and removed the CCTV footage before they escaped.

The highly-organised group raided yet another supermarket in what is believed to be the EIGHT raid in recent weeks.

The gang caused considerable damage after breaking their way into Sweeney’s Filling Station in the village of Termon.

Once again the gang disabled the security systems before gaining access to the roof of the building.

It is believed the raid took place just after 3am.

The gang then ransacked the building before removing the hard-drive from the CCTV surveillance system.

They had earlier placed a large piece of wood across a side road to allow them to make their getaway.

The raid is the latest such robbery which has landed the gang hundreds of thousands of euro in cash and property.

The gang have already struck at a number of other locations including Letterkenny, Ramelton, Newmills, Killygordan, Carrigart and Dungloe.

A Garda spokesman said “The forensic team is at the scene and a full investigation is being carried out into this latest raid.

“It would appear that they used the same method as other breaks-in to get into the premises.

“Our investigations are still ongoing.”