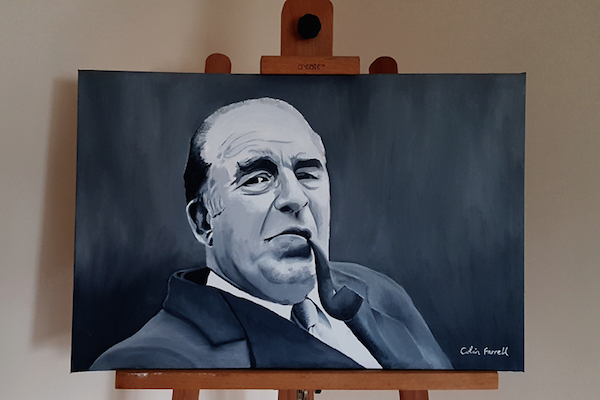 An amateur artist’s interest in political figures has seen him complete a stunning portrait of the late Neil T Blaney.

Colin Farrell (not that one) may be originally from Dublin.

But he has lived in Co Donegal for a number of years and works with local Letterkenny company 3D Issue.

That has given him enough time to appreciate the huge esteem in which his chosen subject is still held.

Colin spends a lot of time around the Fanad area where he admits the name Neil Blaney still enjoys legendary status.

Having completed previous portraits of Michael Collins and Bobby Sands, Colin is delighted with how his latest offering has turned out.

He now plans to offer it to local galleries to see what kind of interest there is in it.