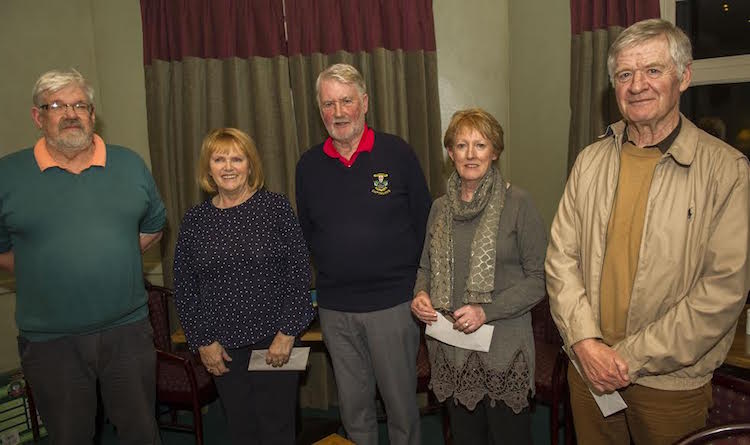 While the weather may be some what cold for this time of year it has not deterred the golfers in Letterkenny from turning out in force and the golfing season is now getting into full swing.

There was a big turnout of golfers for Saint Patrick’s Day Cup.

David Walsh (13.8) won the competition with a good score of 38 points, taking 9 pars out of the course on his round.

On Sunday 18th the members competition was run. John Hession (17.1) won the competition with 40 points, having got  7 pars and 8 bogeys in the making.

This is John’s second win in a week, he seems to have the old magic back again as his handicap starts to tumble down.

There were good scores posted on the Bank Holiday Monday Competition on 18th.

The final of the Winter Quiz was held in the Club House on Friday night.

The Captain Hugh McClafferty is the quiz master and has been running it now for 7 years. The semi-finals were held on 2nd March where Greg Sullivan’s Team beat Boucher Hayes Team by 7 points and Mat Marren’s Team beat Michael O’Malley’s Team with the very last question deciding the winners.

The Final between Greg Sullivan’s Team and Mat Marren’s team was one of the closest finals we have had to date.

Mat Marren’s Team were victorious having got the winning score on the last question of the quiz.