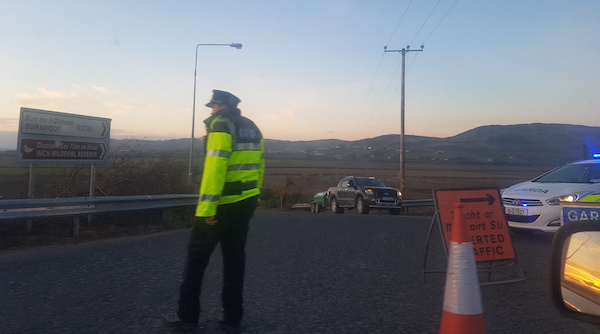 A major Garda operation has been launched on the outskirts of Burt.

Gardai have closed off the Slab Road and say it will remain closed overnight.

A senior Garda spokesman said they were not in a position to make a statement to the media this evening.