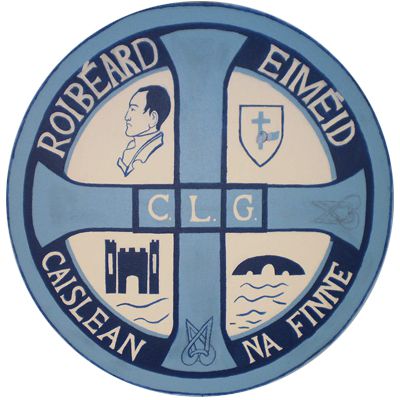 Robert Emmetts GAA Club in Castlefinn have launched their Centenary celebrations to commemorate 100 years since the foundation of the Club in 1918.

To celebrate this momentous Centenary year, the Club have organised a wide and varied programme of events which it is hoped will capture the imagination and interest of the wider community within the parish of Urney and Castlefinn.

“During the course of the celebrations the Club will remember and commemorate the hundreds of loyal and committed players, members and supporters who have made the Club what it is today,” he said.

“From County Championship winning teams on the field, to forging lifelong friendships off it, our Club has been at the very heart of our community since its inception, and that will be at the core of our Centenary celebrations throughout 2018.”

Gary Doherty is Chairman of the Club’s Centenary Committee. He outlined some of the events which will be happening throughout the year.

“The focal point of our celebrations will be the Centenary Banquet in Jackson’s Hotel on Sunday 29th October,” he said.

“This event will mark the finale of a year of celebrations which began in earnest on Sunday night when we had a super crowd in Doneyloop Hall for a night of Irish music and culture.

“Throughout 2018 we will have many more events such as a family fun weekend and sports day, 5k fun run and a golf classic.

“We will also run a memorial football tournament in memory of two past players, Sandy Harper and Shaun T Carlin in July.

“We hope to have exhibitions of club memorabilia at various stages throughout the year, and a commemorative Centenary booklet documenting the history of the Club from 1918-2018 will be published.

“In this regard we would appeal to all members, past and present, who may have old programmes, medals, match reports etc. to make them available for photocopying for inclusion in the booklet.”

A Centenary committee has been formed to oversee and organise the festivities throughout the year, and the next meeting will be held in the Robert Emmetts Clubrooms on Tuesday 20th March at 8pm. The Club are appealing to everyone in the community to come along and get involved in the organising committee for this special year.