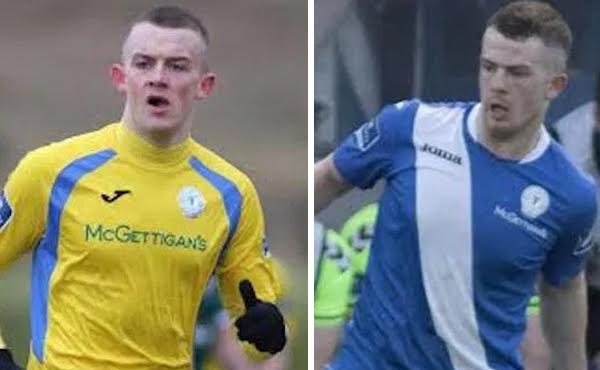 Finn Harps have said that they are ‘aware of a situation’ after two players were reported to have been detained by Gardai following an alleged incident in Dundalk.

The alleged incident happened in the early hours of Monday morning on Park Street in Dundalk.

The two players, brothers Michael and Ciaran O’Connor, who featured in Saturday night’s 2-0 win over Cobh Ramblers, will be available for Harps’ game against Wexford Youths on Friday night in Ballybofey, the club has said.

Michael O’Connor is on loan at Harps from Shamrock Rovers, while Ciaran O’Connor is in his second spell at Harps having previously been at the club last season.

Gardai have confirmed that two males were detained for public order offences and were held for a number of hours.

Harps have held their own internal enquiries.

“The club is aware of a situation but cannot make any further comment,” a club spokesman said.

Harps manager Ollie Horgan was questioned on the matter at a press briefing in Letterkenny ahead of the Wexford clash, but declined to comment.

A Garda statement about the incident said: “While on patrol in Dundalk on Monday, March 19, at approximately 3.25am, Gardai observed a male, 19, was damaging cars.

“Members attempted to arrest the male but the suspect’s brother, 21, impeded. Gardai called for ­assistance.

“While suspect was being placed into patrol car he became free and made his escape.

“Gardai caught the male and placed him in a patrol car.”

A video clip emerged yesterday, purporting to show the pair being detained by Gardai, and has been widely circulated this morning.