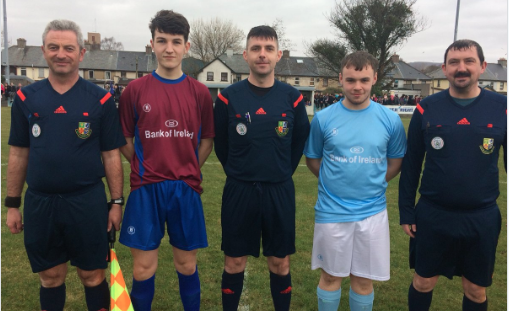 PCC Falcarragh lost out to Glenamaddy Community School in the FAI Schools Junior ‘B’ Boys final in Sligo this afternoon.

Glenamaddy struck twice in the second half for the win after a goalless first half at McSharry Park.

PCC goalkeeper Oisin Cannon saved brilliantly from Conor Raftery in the first half and, just before the break, Morgan Neary fired into the side netting

Glenamaddy opened the scoring in the 52nd minute as Liam Tevnan wonderfully found the top corner. 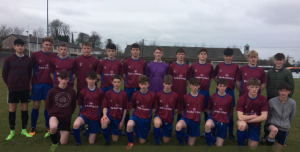