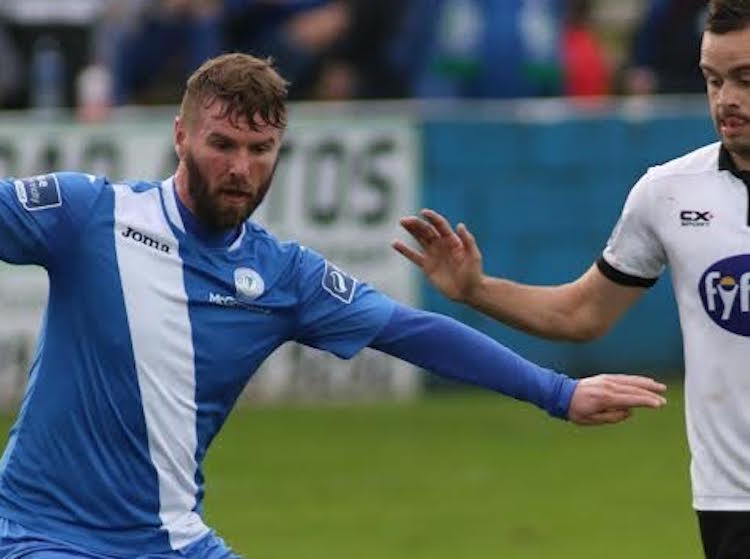 Injury blow for Finn Harps as McCourt, Harkin set for spells out

Injuries are set to keep Finn Harps midfielders Paddy McCourt and Gareth Harkin out of action for ‘weeks’.

McCourt picked up a calf injury in Saturday’s 2-0 win over Cobh Ramblers at St Colman’s Park while Harkin sat out that game having sustained a knee injury last Monday in the EA Sports Cup win against Mayo League.

Harkin had a scan on the injured knee – which appears to be a recurring injury – on Friday and Harps are awaiting the results.

McCourt, Horgan said, ‘won’t be fit in the short term’ and, with three games in seven days against Wexford Youths, Drogheda United and Athlone Town, neither will feature.

“Paddy pulled the calf with no-one around him and when he wasn’t in possession of the ball,” Horgan explained.

McCourt had to be withdrawn in the 35th minute.

He and Harkin will be missing for a number of weeks now while BJ Banda has not been able to train since the 1-1 draw with Shelbourne on Friday-week past, owing to a knee complaint.

Horgan said: “It will take time, but he’s younger so you’d hope he’d heal quicker than someone of an older age.”

Aidan Friel and Eric Whelan may be available for ‘some part’ of Friday’s game at home to Wexford. Both were in the panel for Saturday’s trip to Cobh, but were unable to start.

After that, Harps will go to Drogheda United on Monday and travel to face Athlone on Good Friday.