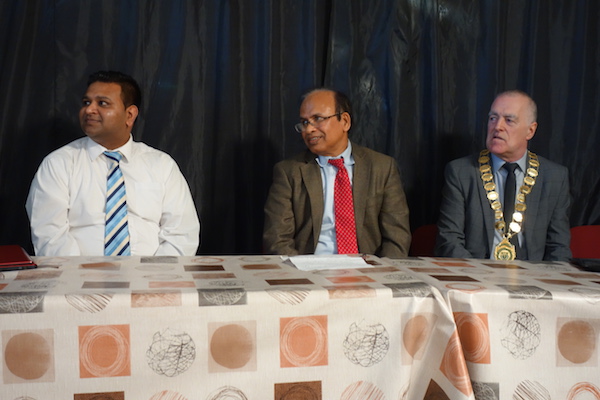 International Mother Language Day – a day which honours the powerful role that language plays in shaping identities, cultures, and societies – was celebrated in Donegal for the first time recently.

The event was organised by the Bangladeshi Association of Donegal with support from Donegal Intercultural Platform and attended by approximately 50 Donegal residents from a range of linguistic backgrounds, including Bengali, Irish, English, African, and Arabic.

“Our mother language is a source of communication from one person or community to another and is also an important part of our ancient traditions,” organiser Nazmul Istiak told participants in the event, which was held at Letterkenny Community Centre.

“We may learn other languages, but first and foremost we belong to a particular community, a nationality, a culture, a society that language is a most important part of.

“When we move from one country to another we don’t just move ourselves; we bring our customs, traditions, and literatures. That is why International Mother Language Day places great importance on protecting and promoting all of the languages of the world.”

A grim consequence of failing to protect and promote the use of mother languages was highlighted by featured speaker Dr. Mohammed Rafiq Ullah, who is President of the Bangladeshi Association of Donegal.

He said “There are almost 7,000 languages in the world and most of them are going to die because people are not using their mother language.”

“We should encourage our children to learn and to use their own mother language, and also to share that language with other communities so we can all know each other through the different cultures that we come from.” 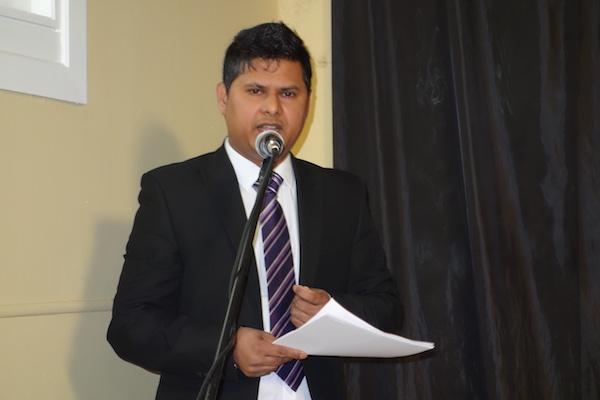 M.C. for the International Mother Language Day event held in Letterkenny was Obaydur Ruhel, who is Secretary of the Bangladeshi Association of Donegal.

The 21st of February was established as International Mother Language Day in 1999 by UNESCO, which invites its 195 member states to mark the occasion as a way of showcasing the value of linguistic diversity. Dublin also celebrated the day with an intercultural event this year, but the Donegal event had an extra special connection to the occasion.

That’s because UNESCO chose 21st February in honour of a very important date in the history of the Bangladeshi people.

On that day in 1952 six students in East Pakistan (now Bangladesh) were killed by police during widespread demonstrations to protest the proposed removal of Bengali as an official language of the former Dominion of Pakistan.

“Others fought for their independence, rights, and freedom, but we are the only ones who fought for our national language,” said Obaydur Ruhel, who is Secretary of the Bangladeshi Association of Donegal.

“The Language Movement was the first movement for our freedom. Language came first because people recognised that it wasn’t possible to be one country when the government wanted to hijack our language.”

The Donegal event included a short documentary about the history of the Bengali Language Movement, which in 1956 succeeded in getting Bengali confirmed as an official language of the former Dominion of Pakistan.

A moving Bangladeshi song which honours the six students who made the ultimate sacrifice for their language was sung in 12 different languages in a short film that followed the documentary.

Also featured was a display of some of the cultures present in Donegal today, including a lively performance by the Letterkenny Senior Accordion Band and a colourful exhibition of traditional Indian attire.

Guest speakers at the event included Cllr. Jimmy Kavanagh, Mayor of Letterkenny Municipal District, who was thanked by organisers for the encouragement he has given to the Bangladeshi Association of Donegal since its establishment last year.

“I think it’s just a wonderful idea to celebrate Mother Language Day,” Cllr. Kavanagh said. “Language is so, so important…it says so much about who we are and how we express who we are. And, as we take from the film about the struggle that you had for the Bengali language, it’s clear how important language is in the minds of people.

“I would like to recognise as well today the huge contribution that the various communities from all over the world now make to life in Letterkenny and in Donegal. It’s so important for people, when they come to another country, that they are able to retain the links with their own country and their own language, and it’s equally important that they are able to embrace their new surroundings and the culture that they have become part of.

“By having this event today you are doing just that: You are celebrating who you are, but you are mixing with all of the other cultures that are here as well. I congratulate you for putting this day together. It’s a great idea and I’m sure it will grow as the years go on.”