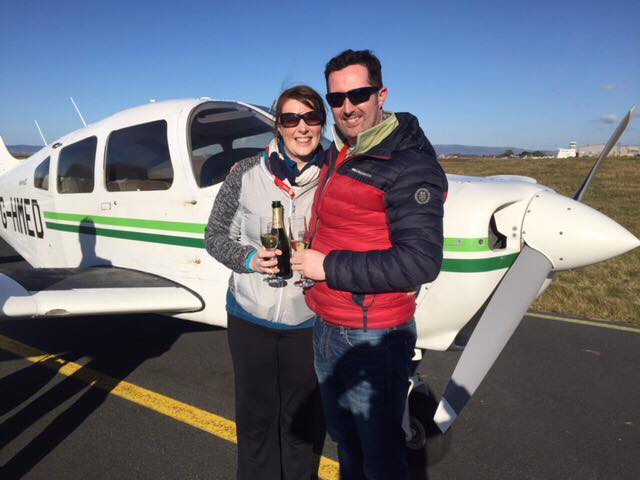 This couple are flying on the wings of love after their Donegal enagagment!

Love lifted up a couple to a romantic proposal over a Donegal beach this week – bringing engagement stories to new heights.

Yvonne McDaid and Shaun Hasson from Derry were flying through the clear blue Donegal skies on Monday when Shaun planned an elaborate proposal using a Donegal beach.

Yvonne had bought her partner flying lessons with the Eglinton Flying Club for Christmas, but he turned the introductory journey into a gift for both of them.

Shaun enlisted his parents to mark out a huge “Will you marry me?” sign on Lisfannon Beach, which Yvonne would spot from the air, BBCNI reports.

They were flying past the 12ft letters when Shaun brought out the ring and popped the question. Thankfully, he had Flight Instructor Eugene McShane prepared to take over the plane controls when he said a codeword! 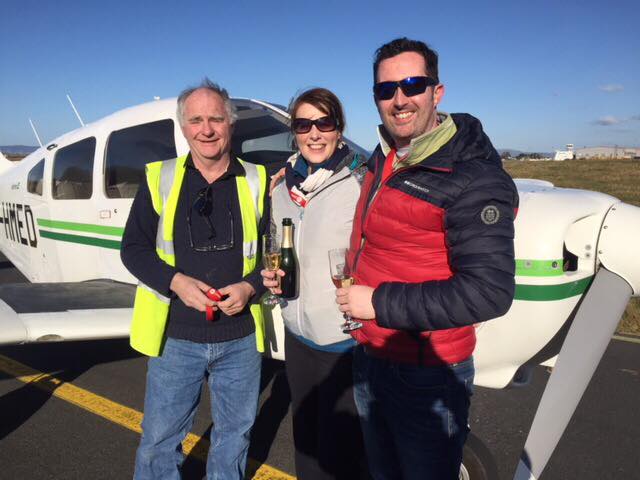 Instead of yes, Yvonne replied with ‘You’re dead’, Shaun told the BBC.

He said: “My mother and father, my friends were all involved. We tested out (the proposal message) with a rake on the beach but it all depended on the tides.

“I was raging when I didn’t get a picture of the letters but I just had too much on my mind.

“She’s just the perfect woman and I always thought one day, one day.”

This day was just another celebratory moment for the couple, as Yvonne is due to have a baby this year. 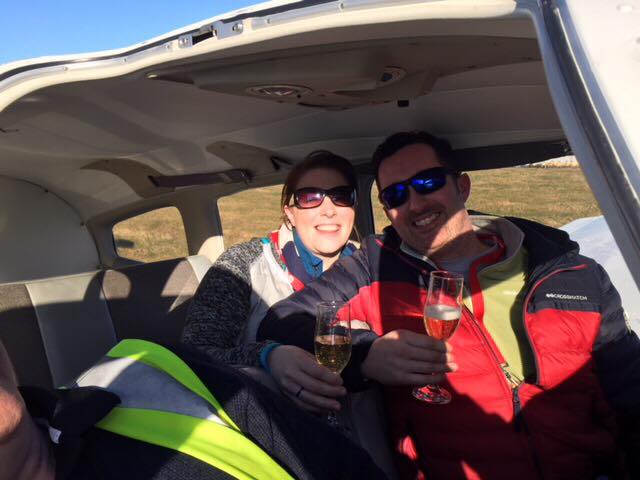 This couple are flying on the wings of love after their Donegal enagagment! was last modified: March 23rd, 2018 by Rachel McLaughlin