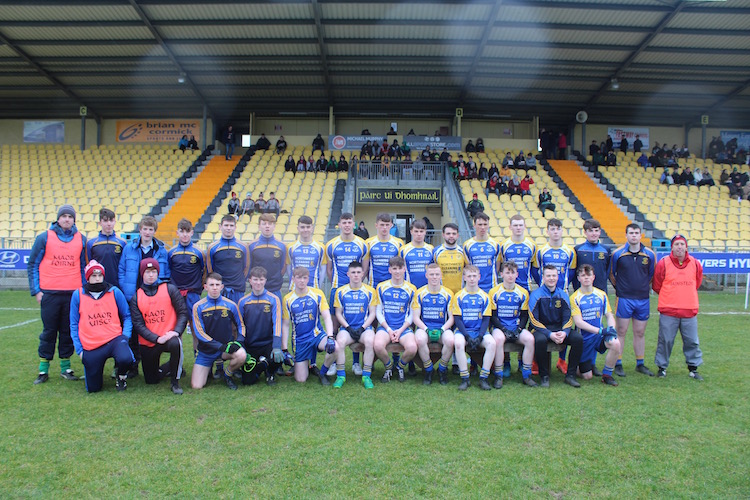 Carndonagh CS pipped at the post in All-Ireland semi-final

When the outstanding Conor O’Donnell fired home a Carndonagh goal ten minutes from time to open up a three points lead in this semi-final, it looked as if the new Danske Bank Markey Cup champions could push on for a final place.

Instead St Declan’s Kilmacthomas hit back as they had done in the Munster final, finishing strongly with scores from the Power brothers to steal home at the death.

This was an entertaining game, end to end football, but the Ulster champions left themselves with a lot of work to do after the opening half when the Waterford school led by 1-6 to 0-4 at the break with John Power the goal-scorer.

The Inis Eoghain outfit invested a lot of energy in their comeback during the first 20 minutes of the second half, with O’Donnell a dominant feature, backed up by Sean Byrne in defence and sub Andrew Doherty who made an immediate impression when introduced as a sub.

A series of points from O’Donnell, Oisin Hession and Lee McLaughlin levelled the tie before O’Donnell’s sweetly struck drive hit the net.

Kilmacthomas had come back from a five points’ deficit against the breeze in the Munster decider with Ennistymon and they did it again, the Powers combining for Darragh to shoot to the net and then John Power and Shane O’Brien fired over the two winning points late in the game.