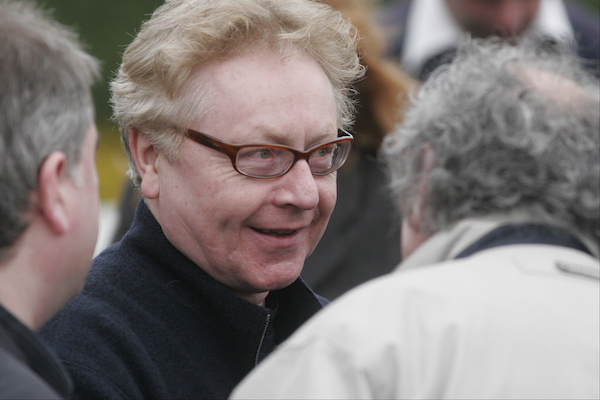 DD Motoring: Breen, Brady and McBride in tune for Donegal!

‘That Strabane man can sing none!’ – A response from my late father Fred when he first heard Paul Brady’s version of the ballad, The Homes of Donegal.

The Faughan Side was Fred’s favourite which he would sing after a night out in Nellie Mc Governs.

The Faughan Side, The Homes of Donegal, Glenswilly and The Banks of Mulroy Bay all sounded the same but with different words, well that’s the way they sounded to me when my father sang them.

Years on and it is Paul Brady’s version of the Homes of Donegal that reminds me of my father the most.

Paul Brady gave the ballad a new life with his version, when my father sang the song and ballad singers like him the song sounded so sad.

But every time I hear Paul Brady’s version including his signature introduction on the tin whistle, the song fills me with pride.

RPM’s Alan “Plump” Tyndall is someone who recognised the power of this song and once included it as a backing track to his TV coverage of the Donegal International Rally and by doing this he added a powerful memory to this song which when I hear it has the hairs standing on the back of my neck!

I’ll take it to the hills! 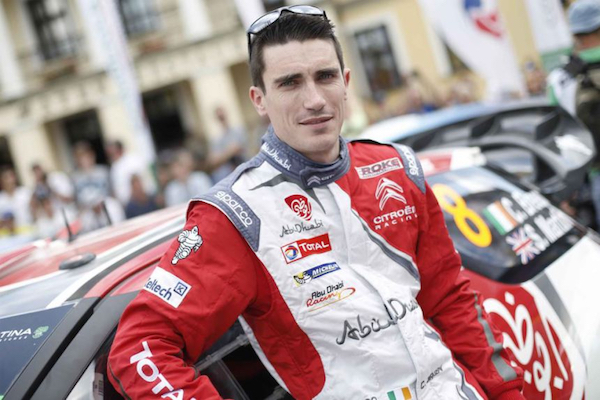 Craig Breen who gave Donegal the Thumbs up as the best rally in the world in a recent TV interview.

The world rally media were all in Mexico for the third Round of the World Rally championship.

One of the two Irish drivers competing at works Citroen team, Craig Breen had to sit out this event through no fault of his own to make way for the former 9 times world rally champion, Sebastian Loeb’s return to rallying.

The rally was beamed out live throughout the weekend to corners of the world.

The outside broadcasting studio is coming from the service area of the rally, Three fuel barrels were part of the studio which the presenters are sitting around with their special guest who is the substituted Citroen driver Craig Breen.

Awaiting a feed to come in from the live coverage from the stages. The presenter asks their guest, Breen what would be his all time favourite rally car and all time rally. Breen opts for the Metro 6R4 “all the way” one of the great group B cars of its day. he Replys And what Rally? I’d take it to the hills, The Donegal International Rally! “ DONEGAL “ the presenter replies in amazement reminding Breen that the question applied to the whole world, absolutely there’s no place like it, Donegal, Breen Replies the presenter then admits that she has never been to Donegal, and goes to Google Donegal on her phone.

Breen goes on to explain that all the world champions competed in Donegal Rally at one time or the other. Seb (Sebastian Loeb) was there in the works Citroen at still talks about the craic and the after rally party. When Breen talked about the 6R4 he could have been talking about the great world Rally Champion, Colin McRea who made Donegal his own for a weekend with Nicky Grist as they pushed the Metro to the limit. The sound of the Metro’s V6 on the way up Knockalla as it echoed of the hillside was a event in time that never would leave the mind. 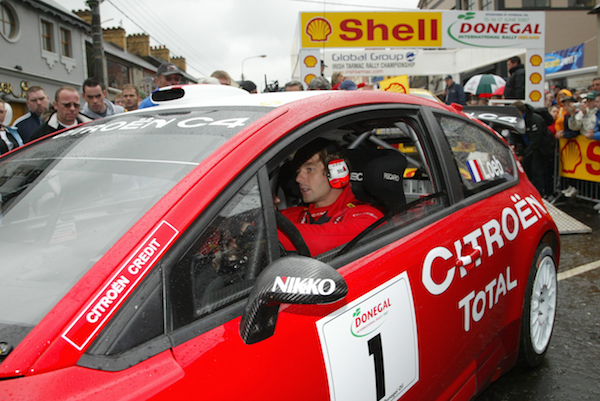 Nine times World Rally Champion, Sebastian Leob heading off from Boyces Corner in Letterkenny to start on the Donegal International Rally. One that he enjoyed so much and still talks about the craic ND WELCOME.Photo Brian McDaid

It does not matter if its the homes of Donegal sung so well by Brady or Breen talking so highly about the Hills of Donegal as in the Donegal Rally. The end result is the same. Donegal is the place that everyone talks so highly about but sadly it always seems to be someone that’s not from here that see the beauty and appeal quicker than we can see it ourselves 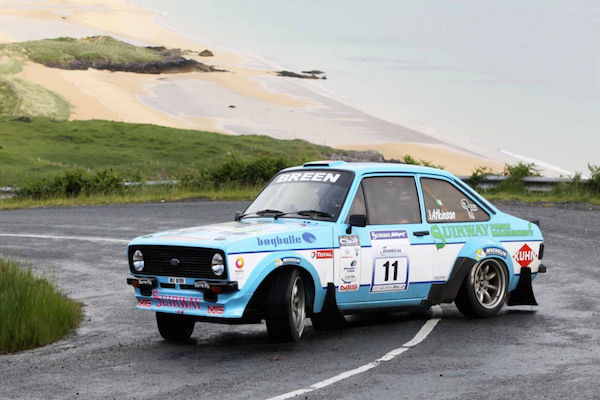 Craig Breen in action on the famous Knockalla Stage on the Donegal International Rally.

“The Homes of Donegal” is an Irish ballad written by songwriter Seán McBride in 1955. It has been performed by many singers including my father but more famously by Paul Brady.

McBride was a native of Cruit Island which is in The Rosses area of north-west County Donegal. He was a school Teacher at St.Baithin’s school in St.Johnston for most of his life. He died at the age of 90 in August 1996 and is buried on his native Cruit Island

Seán only wrote the lyrics, the actual air itself may be 150 or more years old, there are many songs around using the same melody.